I found a lump on my dog. These are words no dog parent ever wants to say, but lumps on a dog are very common and may increase in frequency as a dog ages. If you are reading this post, your dog has likely been diagnosed with a mast cell tumor. Often dubbed the “Great Imposter,” any lump on a dog needs to be examined by a veterinarian.

When a tiny raised lump appeared on my Cocker Spaniel’s shoulder blade about two weeks after getting her then yearly vaccinations, I felt a twinge of “something isn’t right” course through my veins. But I waited – after all a raised, small but swollen area at the site of vaccination is common, according to the veterinary literature I read. (at the time that didn’t mean Internet, it meant the UC Davis Book of Dogs). My dog’s veterinarian at the time tried to “squeeze” the lump and said it was probably nothing more than a pimple. Whew.

“Come home quick, Brandy’s lump is bleeding,” my wife called me at work to flip my day upside down.

“Your dog has cancer and we need to send the pathology out for confirmation of the stage,” said the man in the white lab coat.

The C Word. You could have knocked me over with a feather. 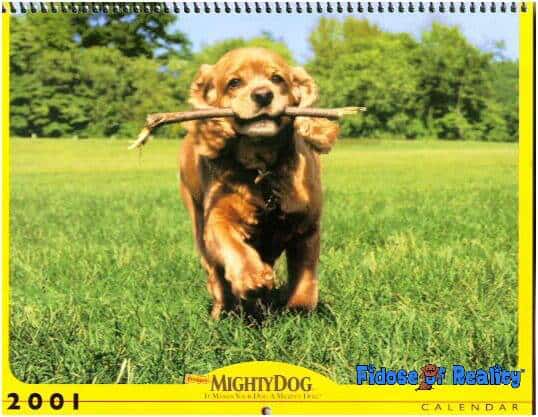 I learned more about mast cell tumors and lumps on dogs along with the over vaccination epidemic in this country in the months that followed than I ever imagined. The great imposter is what Kate Connick called mast cell tumors in her cancer crash course website. “Mast cell tumors vary widely in their size, shape, appearance, texture, and location,” she wrote.

An oncologist at Cornell gave me a rudimentary diagram of a dog and told me to chart Brandy’s lumps. After a few years, I could have connected the dots, so I pass this advice for dog lumps and bumps screening onto you: 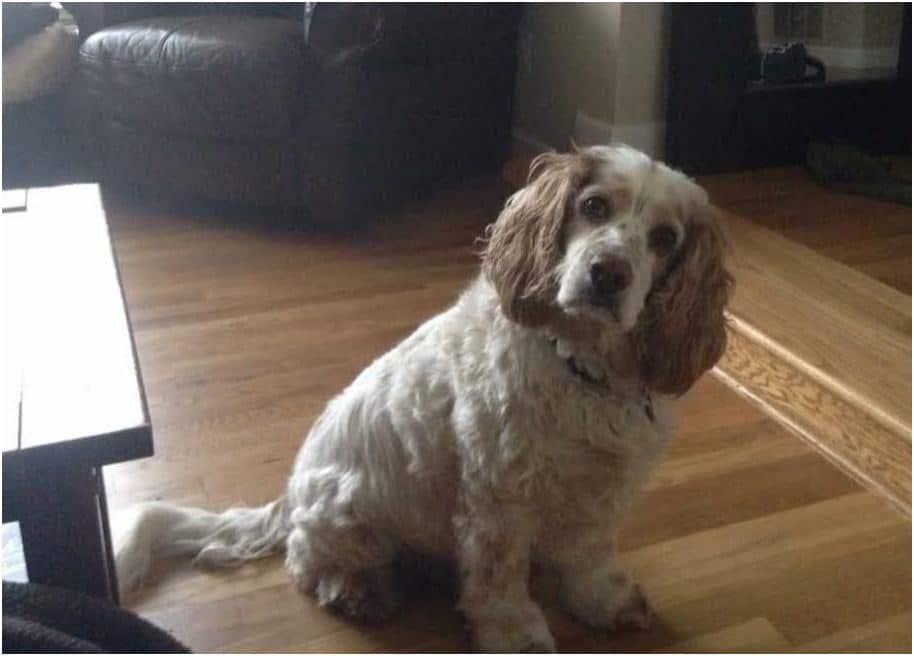 Dedicated dog mom Nancy B., regularly runs her fingers through her Cocker Spaniel’s coat. She touches his skin and ensures to examine his body, armpits, belly, and gives him a thorough scan with fingers and eyes. Of course, her dog, Mayor, thinks he is getting a puppy massage. Thank goodness for Nancy’s due diligence: Twice she found small lumps on her dog and twice they have been removed. Both times, mast cell cancer was the diagnosis. Mayor has been given a stage II, so now they must seek the help of a veterinary oncologist. He has had two lumps appear on the skin within months of each other.

Mast Cells and What They Are

Mast cells like in the connective tissues of the body. Humans have mast cells, too. The function of a mast cell is to defend the body against parasites, to repair tissue, and to help form new blood vessels. When an allergic reaction occurs, the mast cells come into play because they contain granules comprised of heparin and histamine. Think of when a foreign invader comes at the body: Histamines flare up and the mast cells serve to modify the immune reaction. You’ve heard of antihistamines, and they serve to block the receptors of histamine. Those of us with allergies can relate to the efficacy of anti-histamines, especially during flare ups.

Mast cells are derived from the bone marrow, and can be found in various tissues throughout the body.

The folks at petMD describe mast cells this way:

From a Veterinary Perspective 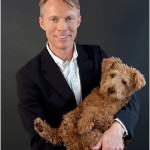 I asked Dr. Patrick Mahaney, a University of Pennsylvania-trained veterinarian and Certified Veterinary Acupuncturist (CVA), to tell us if he knows of any pet parents who use antihistamines as preventative option for Mast Cell Tumors (MCT).

“I’ve had patients take antihistamines once they’ve been diagnosed, but not before as a potential MCT preventative,” Mahaney says. He goes on to say that antihistamines and steroids can be used to control inflammation associated with MCTs and potentially keep them from degranulating.

When an MCT degranulates (loses granules as part of an immune reaction), a variety of chemicals having effect to dilate blood vessels, reduce blood pressure, the movement of white blood cells, and have other effects are released into tissues adjacent to the MCT and into the blood stream.  Effects of MCT degranulation can be mild to life-threatening.

Putting a pet on antihistamines during allergy season is typically fine provided the dog isn’t having any side effects and if the use of antihistamines helps in some capacity.

A Veterinary Oncologist Speaks Out

Avenelle Turner, DVM, DACVIM (Oncology), has thoughts on this topic with mast cells and the use of antihistamines.

Dr. Turner says that most oncologists recommend chronic antihistamine therapy for any pet diagnosed with a high grade or multiple low grade cell tumors since the signal for mast cell tumors is histamine.  Also there is no long-term side effect by using antihistamines long term. 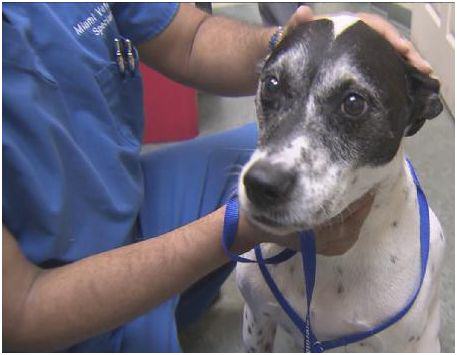 What I Did For My Dog With Mast Cell Tumor

After 2 years’ time, I am happy to report my dog was cancer-free and never developed another tumor until near the end of her life, and that tumor was not the cause of her death.

Treatment depends on the classification and grade of your dog’s mast cell tumor. From the National Canine Cancer Foundation:

Mast cell tumors have been classified according to their degree of proliferativeness. The higher the grade, the more aggressive the tumor.

Mast cell tumors should be staged because it gives us an idea about how they have metatasized in the body. A tumor is staged after it is surgically excised and examined, along with the surrounding lymph nodes. The factors on which staging depends include the number of tumors present and lymph node involvement.

We raise our sparkling water dish in a wish that your dog lives a life free of lumps and bumps. Don’t take chances should one (or more) appear: Seek veterinary care. 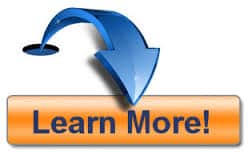 If you liked this article and want to learn more, please read here:

What to Do For Lumps on a Dog

10 Touches That May Save a Dog’s Life

Fidose of Reality, LLC is a participant in the Amazon Services LLC Associates Program, an affiliate advertising program designed to provide a means for website owners to earn fees by linking to Amazon.com and affiliated sites. As an Amazon Associate, the owner of this site earns a commission from qualifying purchases. This site also participates in other affiliate programs and is compensated for referring traffic and business to these companies.
103shares