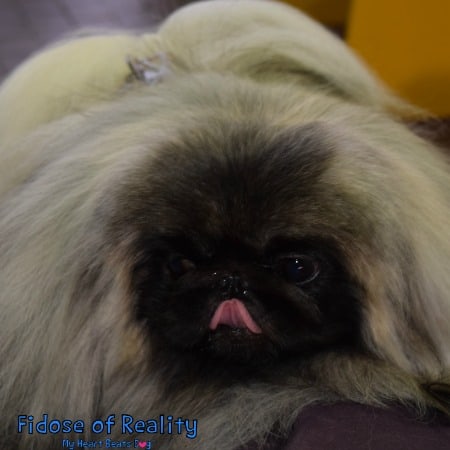 The Westminster Kennel Club Dog Show is full of secrets: So Fidose of Reality visited the 140th edition of this second longest continuously held sporting event in this country, just one year behind the Kentucky Derby. Many of the folks who breed, own, handle, and groom the dogs have things to offer that many reporters skip over. I wondered how dog show dogs stay healthy.

I want to know what Westminster dogs eat…and what they do with their time off…and just how do these folks keep the white dogs so clean? In order to get the questions answered that you wanted us to ask, here are some of the actual queries posed of us on our Facebook page. 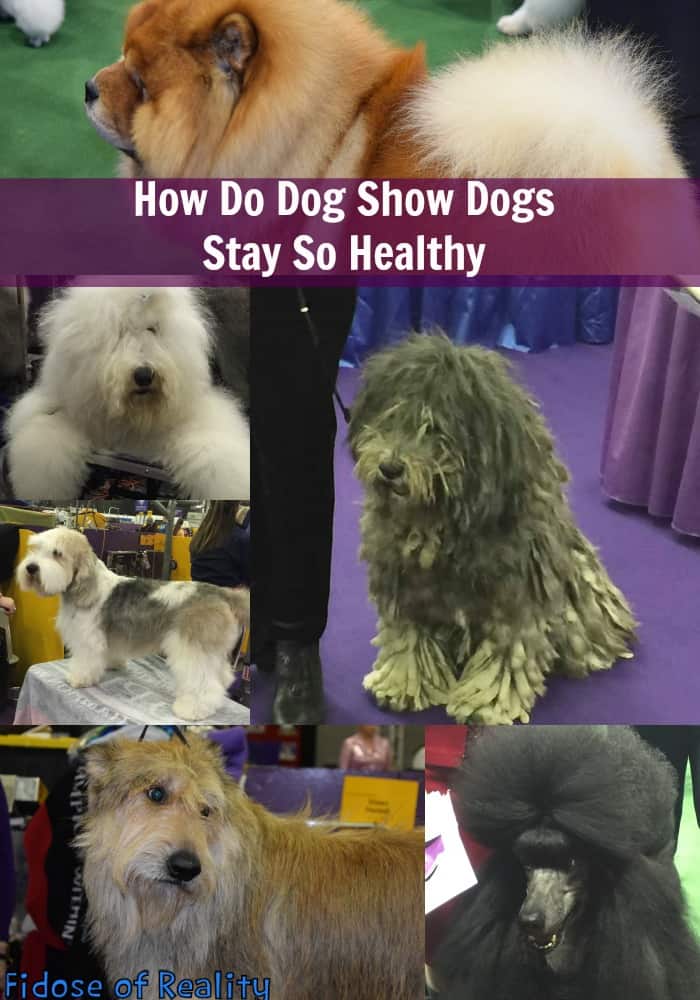 Some Westminster Back Story

What exactly is a “dog show?” In a nutshell, a dog show is designed to facilitate the evaluation of breeding stock to be used in producing the next generations. The judges are mulling over, touching and assessing each movement, measurement, and line of the dogs that enter their ring.

Why can I touch the dogs at Westminster? Westminster is one of the few clubs that holds a “benched” dog show. Dogs are literally staged on benches by breed in order to compete over the course of two days every February. If you purchase a ticket to attend a benched show, you can talk to the folks who are the owners, breeders, and handlers of the dogs. This year, 199 breeds were shown at Westminster.

Has it really been 140 years? Indeed! In 1884, the American Kennel Club (AKC) was founded, and the Westminster Kennel Club became its first member club. As a proud Cocker mom and lover of the breed, the Cocker Spaniel was one of the AKC’s first registered breeds.

And the youngest dog to win at Westminster? That would be a Rough Collie, Laund Loyalty of Bellhaven, who in 1929, took the Best in Show title at age 9 months. 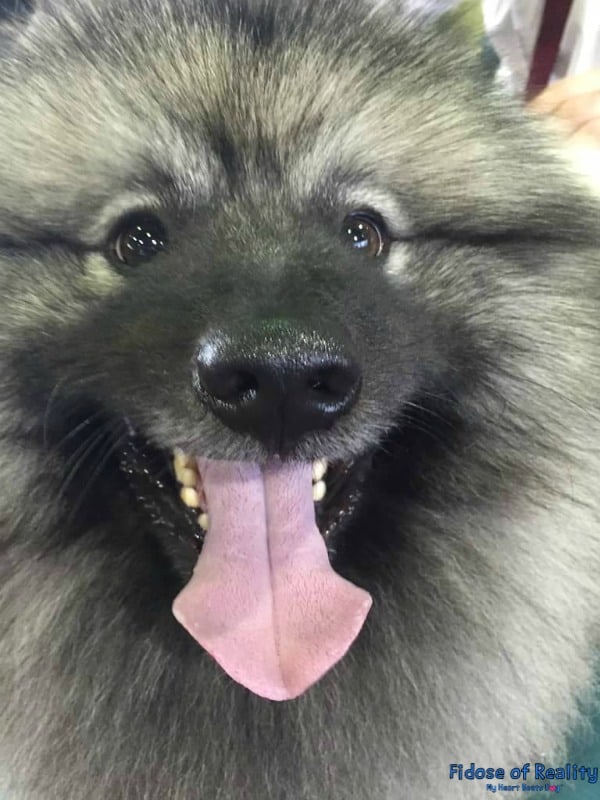 Ruthann Seibert of Dover, Pennsylvania has been associated with the Keeshond breed for 9 years. I stopped by her benching area as her pooch was being coifed and brushed.

“I brush him according to the standard,” Seibert shared. “This breed makes the best companion, is a great therapy dog, and I have a lifelong love of the Keeshond.”

The Keeshond is in the non-sporting group and originated in Holland. He is a friendly, lively and outgoing medium-sized dog. He has a plush two-layer coat of silver and black fur with a ruff and a curled tail. 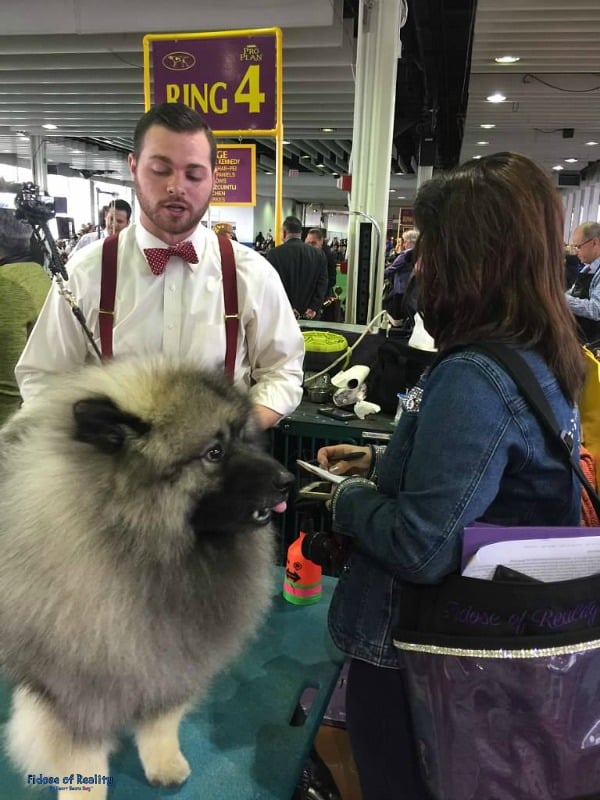 Matthew Perry (not from Friends), says he keeps his show Keeshound, Rider, active back home in Franklin, Tennessee, by running him with a golf cart.

“We have five acres and since Rider isn’t into jogging on a treadmill, we exercise together with the golf cart,” he said. “He is allowed to run under supervision and he keeps in shape.” 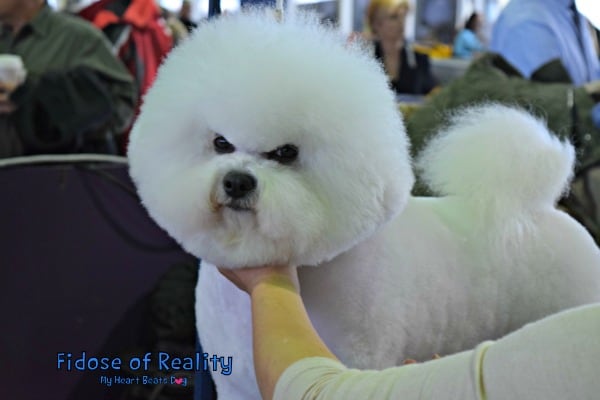 “This is artistry,” Marcel Bourgon beams and he grooms 5-year-old Bichon Frise, Armani, for the ring. He’s been doing this for 35 years and attributes his love of the breed dating back to the 1970s.

How does he keep the eye area clean and free of any tear staining?

“Tetracycline is an antibiotic that is great for the eyes,” he shares. 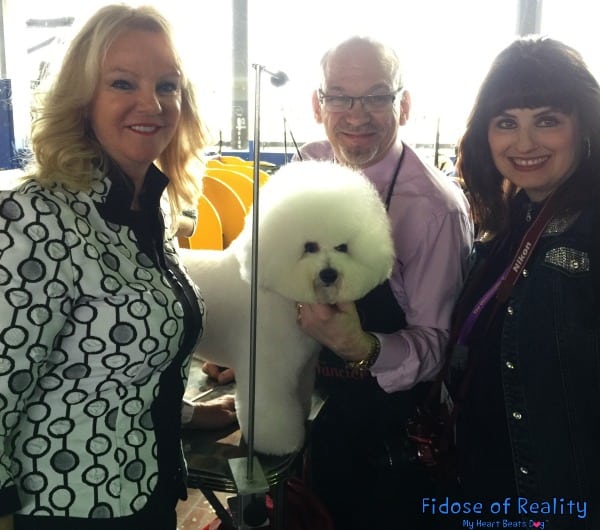 Jay and Taryn Ruffin of Nashville had perhaps the most kissable and wanting to give kisses dog I met at the show. I meandered into their Hound dog area where I went nose to snout with the handsome, Redford (GCH Cjs Ranch Sundance Kid Hpk Tropaco). Yes, he is oh so handsome like his movie star namesake, Robert Redford.

The Ruffins admit to feeding a raw, organic diet.

“He’s at the vet less and the diet is better for his teeth,” Taryn Ruffin remarked.

Terri Marks is an approachable, friendly veterinarian who owns South Paw Animal Hospital in New Jersey. A fun and educational conversation ensued to dish about French Bulldogs and healthy eating.

Both now with her Frenchies and with her Mastiffs, Dr. Marks feeds a raw diet. She likes the fact that it is easily digestible, good for fussy dogs, and doesn’t produce diarrhea. She does not prepare the raw food herself, but buys it.

On teeth brushing, she is a firm believer in brushing a dog’s teeth every day. Her 17-month-old French Bulldog, Sierra, looked and showed famously in his group.

She recommends investigating the source of an allergy before trying to treat it: When you know the cause you can tackle it. 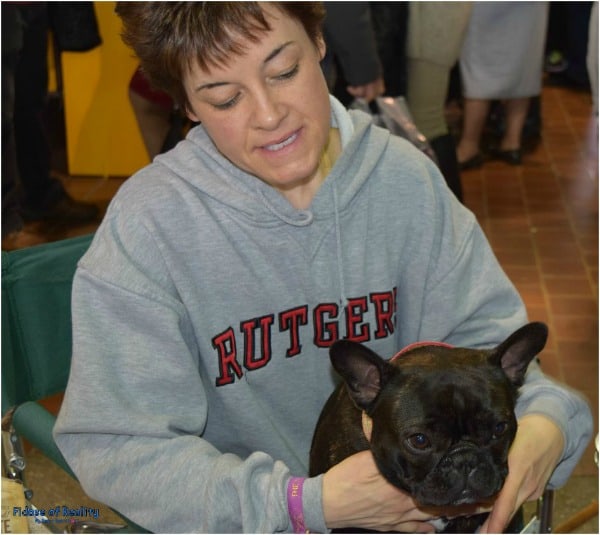 Arwen Whiteman caught my eye with her dainty presence and spotted companion. A junior handler at the ripe age of 11, Whiteman says she shows dogs because she loves animals so much. Archer, her gorgeous 3-year-old Dalmatian, waited patiently as the pre-teen answered questions.

As a fan of spaniels, Blackfire Plaza Suite aka Hubbell, caught my eye. This 3-1/2 year old Cavalier King Charles Spaniel is co-owned by Alyssa McLaughlin. She loves that this breed is smaller and a bit more mellow than the Cocker Spaniel.

“Cavaliers are either lazy or busy,” she mused. “I feed them Eagle Natural and it’s worked out for us.”

Teresa Bellman of San Antonio, Texas, firmly believes that dogs are stress relief. She is a breeder, owner, handler, and loves to work with the dogs.

“Cavaliers like to be active,” she said. Her GCH Stepamgar Glowing Ember loves to have kids read to her, and loves playing. 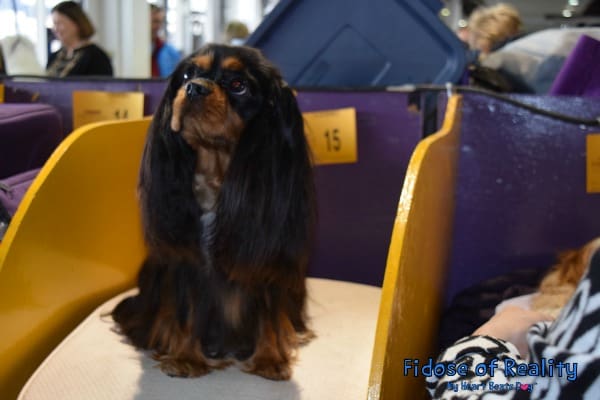 The Pekingese gets a bad rap. Whenever I am seated at the dog show and the Peke takes to the floor, folks either laugh, smile, or wonder if a dog is somewhere under all that fur.

How apropos, then, to come upon Mark Stephen, proudly beaming from behind this tousled ball of cuteness.

When asked why he shows this breed he admitted this is his wife’s doing.

“The Peke also loves to play, be active, and our Scout is fast for a small dog.”

In terms of overall care of the Scout’s teeth, he uses a scraper to keep them clean. 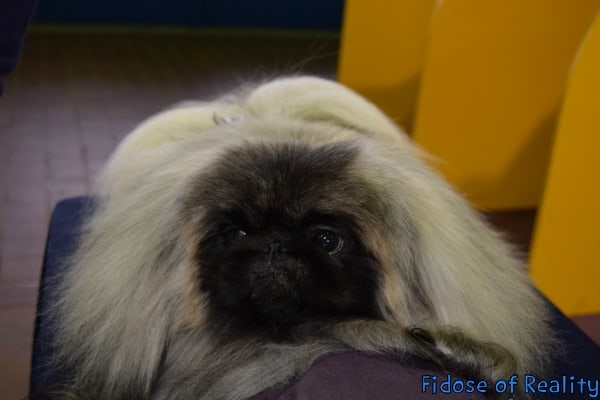 You can’t be a dog blogger and not approach a Standard Poodle at a major dog show. Big Spender of Debra Ferguson-Jones met the criteria for show poodle to a “T.”

Ferguson-Jones admitted to using Dawn to get stains out of the dog’s coat and Ivory shampoo first before bathing with a pet shampoo on Big Spender’s coat. At almost 2 years of age, the soft, fluffy coat stood out. 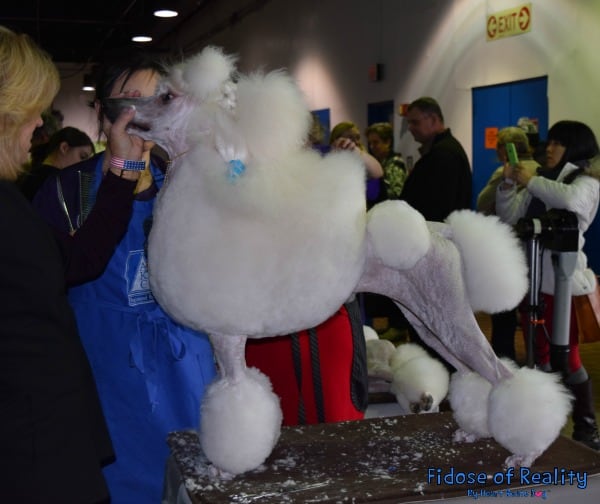 Several of the breeders I talked to throughout the day admitted feeding their dogs Purina Pro Plan. Some told me the food has worked for them over the years and they love the results in their high performing show canines. One handler told me that the dogs enjoy it and they get a clean bill of health at every vet visit.

A Legend Moves On

One of the greatest voices and personalities to grace the Westminster Kennel Club over the years is Mr. David Frei. He is truly one of the nicest and most caring dog people you will meet. He takes the time to talk to everyone; he is very approachable, friendly, and warm; and he cares about dogs. David Frei is the former communications director for the American Kennel Club, and for more than two decades, he’s been the voice of Westminster — the one you hear calling the play-by-play (or wag-by-wag) on television. He also emceed the BlogPaws Conference in 2013 in Tysons Corner, Virginia, so he schmoozes with and embraces pet bloggers (like me, a Frei-natic), see?

I tried to go face to face with Frei for his final broadcast, but he was out and about at the show’s various rings with a New York Times reporter.

I’d always wondered what it took to make it to the famous “Garden Green,” where the top dogs are in the same place at the same time vying for the highly coveted Best in Show. Over the years, Mr. Frei has taught me so many things about dog breeds in his warm, quirky, and always entertaining way.

Regardless of one’s feelings about dog shows, there is one common thread on which we can agree: Dogs make our lives have more meaning. They allow us to laugh, smile, get out in the world, take solace in a bad day by the mere wag of a tail.

“The real best in show dog is the one that’s sitting beside you on the couch at home,” Frei often shared in his years of WKC Dog Show broadcasts. Wherever his road leads and what dog show he presides over, this Frei-natic will be glued to the tube and anchoring for media seating as he calls the shots at the National Dog Show on Thanksgiving Day.

A German Shorthaired Pointer took Best in Show at Westminster this week. The breed’s popularity will grow, but this is not the breed for everyone. The GSP has very special needs and those interested in this gorgeous dog should learn more.

Northern California GSP Rescue answers the questions if a German Shorthaired Pointer is the right dog for you. Please read it if you or someone you know is interested in this dog. And always talk to a rescue group and/or reputable breeder. Horrible puppy mills will pop up and start producing this breed with no regard for their well being.

The dog mom in me wants to smooch the dogs in the benching area. Having followed dog breeds and their qualities for years, I enjoyed being able to ask questions about the breed, get honest answers from handlers, and see a genuine love of dogs in their eyes. That means a lot because on television the owners and handlers who truly are in it for the betterment and love of the breed often gets overshadowed with liver bait treats, stacking dogs, and traipsing the green.

Stay tuned for a report tomorrow with some fun, off-the-beaten path moments that I captured at Westminster including going to shoulder-to-shoulder with two pet-loving celebrities of the human variety.

Thanks for the questions:  Kim Gauthier, Nichole Burke, Jen Reeder, Eileen Watson, Sharon Gilbert, Michele Kaveh, Jennifer Costello and everyone who chimed in. The questions I did not get answered, I will keep in mind for future blog articles.

Did you watch the Westminster Kennel Club Dog Show? 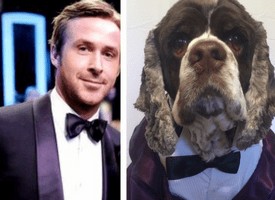 One of the most engaging things you can do to keep your dog feeling young and happy is to keep him or her mentally stimulated. One of our favorite things to do is… 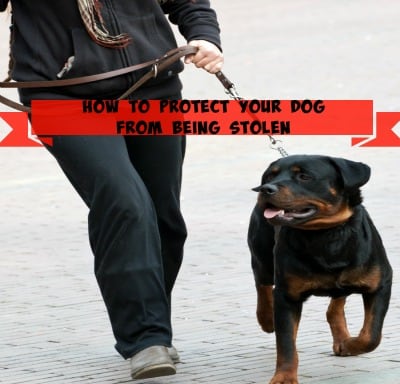 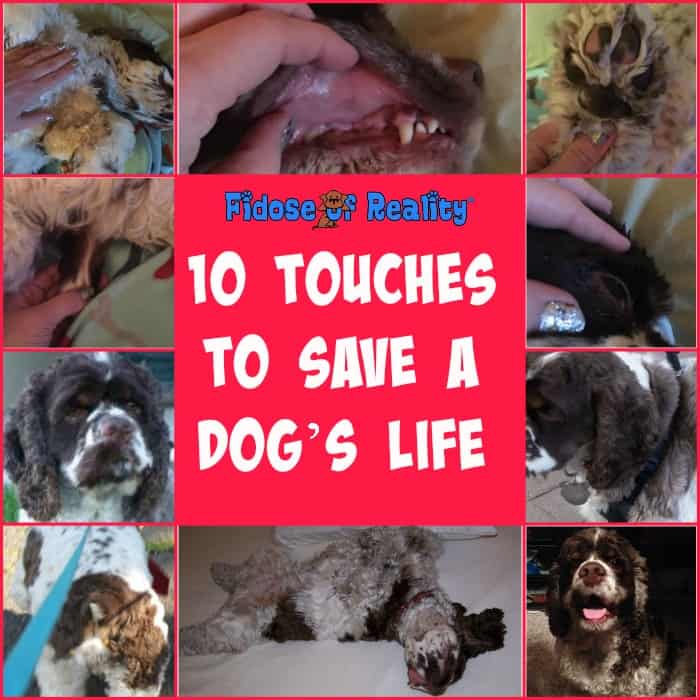