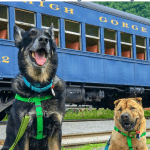 How cool would be it to travel from sea to shining sea with your dog and stop at different pet-welcoming places along the way? Our pals at GoPetFriendly.com did just that and wrote a book about it called The Ultimate Pet-Friendly Road Trip. The dynamic duo of Rod and Amy Burkert live the life. They travel the country in their custom RV with their dogs, Ty and Buster. Their … END_OF_DOCUMENT_TOKEN_TO_BE_REPLACED 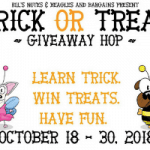 It's time for the Trick or Treat Giveaway 2018 for dog lovers! We teach a trick, you get treats! Hide and seek is a fun game to play with your dog during cold weather, on rainy days, and just for some indoor fun. It's also a neat trick of sorts that you can teach your dog. No matter your dog's age, this is fun for dogs of all ages and also to help train them. My dog is … END_OF_DOCUMENT_TOKEN_TO_BE_REPLACED

With the one year anniversary of Hurricane Maria here, it brought me back to when food, water, cash, power and communications were nearly impossible to come by. Hurricane Maria devastated Puerto Rico on September 20, 2017. Once the Hurricane passed, the real pain set him. Streets that were once well lit and safe became dark and dangerous. There was looting. There were random … END_OF_DOCUMENT_TOKEN_TO_BE_REPLACED

Fidose of Reality is offering up some west coast – east coast get ready “just in case” tips to keep you and your dog(s) safe and sound. These east coast dog disaster preparation tips actually might save a life. While all of these tips are applicable to anyone, anywhere with a dog, having been emergently evacuated several times, we recommend all dog parents read this. In an … END_OF_DOCUMENT_TOKEN_TO_BE_REPLACED

If you believe in miracles and dogs who have passed on sending us postcards and signs from the Rainbow Bridge, then stick around. Recently, my deceased dog came to me through the Twilight Zone. Anyone who has ever suffered the loss of a beloved dog, or any animal for that matter, I empathize, sympathize, and walk this path of hell with you. Wounded warriors we are: All this … END_OF_DOCUMENT_TOKEN_TO_BE_REPLACED

It’s totally okay to get your dog from a reputable dog breeder. Keep the word reputable in mind as you read through this post. What I am about to say might just help facilitate this age-old debate between reputable breeder vs reputable rescue. Spoiler alert: It’s possible to have both. I love all dogs, but Cocker Spaniels own my heart. I’ve adopted a dog and I’ve also … END_OF_DOCUMENT_TOKEN_TO_BE_REPLACED

Let’s get together and have some dog-friendly fun! It’s time for a dog-friendly dog lover meetup at the only pet-friendly amusement park in the country. This is a great way to get together, have fun, meet each other and bring your dogs, too! You must RSVP because we have a limit on this event of 50 people. We hope you can work it into your schedule to come have fun for the … END_OF_DOCUMENT_TOKEN_TO_BE_REPLACED

Rachael Johnson knows two things: dogs and traveling. She actually knows a whole lot more, but she's built her dog blog and social media empire on a pure passion for pooches and putting miles on her RV. If turning a love of dogs into a business sounds like your cup of tea, Rachael, her hubby, and two famous dogs are role models from which to learn. We spent some time getting … END_OF_DOCUMENT_TOKEN_TO_BE_REPLACED 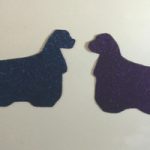 Making custom dog magnets in minutes has been on my "to do" list for a long time. I love refrigerator magnets and also I put them on the large metal filing cabinet in my office. Dog magnets also make cute just because, thank you, or holiday gifts to friends and family. For full transparency, I must say I am not the craftiest dog mom on the planet. This custom dog magnet craft, … END_OF_DOCUMENT_TOKEN_TO_BE_REPLACED

Fidose of Reality, LLC is a participant in the Amazon Services LLC Associates Program, an affiliate advertising program designed to provide a means for us to earn fees by linking to Amazon.com and affiliated sites.