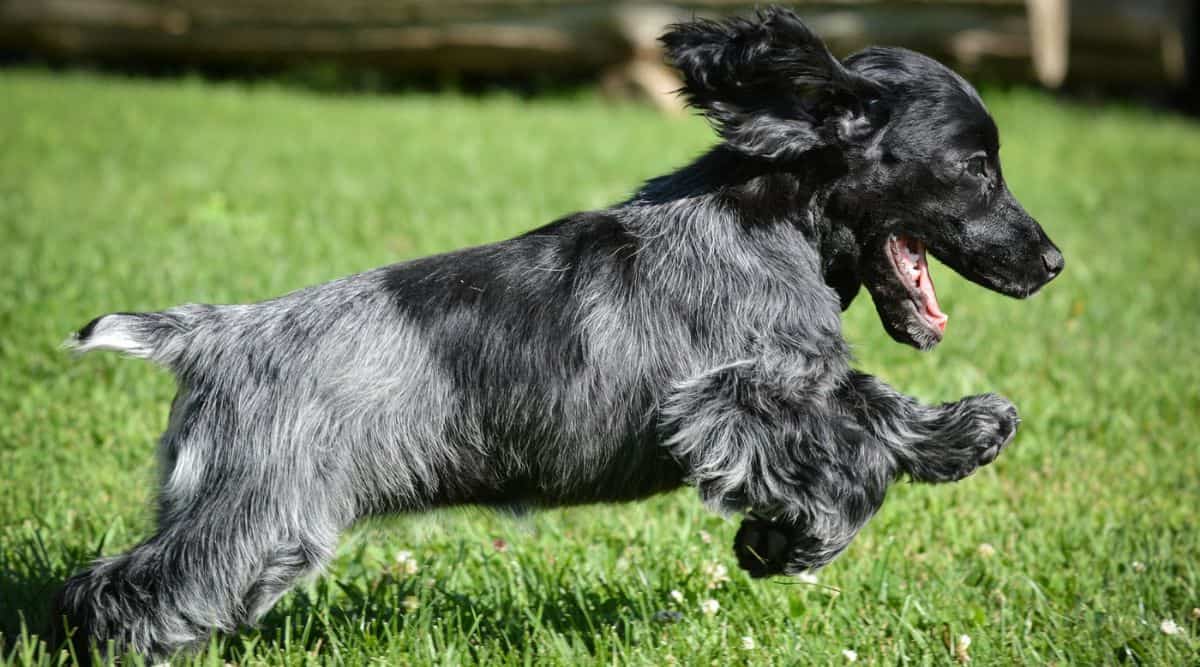 Blue Roan Cocker Spaniel dogs have such striking coats that you can’t help but do a double-take when one passes by. Her merry disposition, beautiful stride, and gorgeous colors perfectly combine beauty, form, and function.

Blue roans are one of many types of roans. These include orange roan, blue roan, brown (or liver) roan, and black and browns.

“A roan, by definition, is a color pattern,” says Erika Swanson of Legend Cockers. “There are three main colors of dogs – buff, brown, and black; everything else is just a layer of color added in.”

Roan color is found in many animals, including dogs, cats, horses, cattle, and even antelope. The white and pigmented hairs will not fade or go grey as the animal gets older.

What Is A Blue Roan Cocker Spaniel?

Swanson says there are only three colors of canine – buffs, browns, and blacks – and that all others simply have layers of colors added.

So a blue roan Cocker Spaniel is a black dog with a layer of black and white added and a layer of white, so the pattern of the roan comes through.

Yes, the blue roan Cocker Spaniel is a black and white dog, but the layering of the black-to-white hairs casts a blue-grey appearance.

What Is a Roan Cocker Spaniel?

Although the blue roan is one of the more popular Cocker Spaniel patterns, there are others. Swanson shares the following roan Cocker breakdown:

A properly-bred Cocker Spaniel, whether English or American, holds the same personality, temperament, and health traits (some more than others).

Ticking and roaning develop as the Cocker Spaniel grows.

History of The Roan Cocker Spaniel

To understand the history of roan Cockers, it’s important to dive into the roots of the Cocker Spaniel as a breed.

In his book, The American Cocker Spaniel, Dr. Alvin Grossman, writes, “In the middle 1880s, there was a degree of confusion over some of the Spaniels.”

The base dog was called a Field Spaniel, a larger dog. Smaller spaniels, including ones from the same litter, were called Cockers and shown in a different class. With time, the Sussex Spaniel and Field Spaniel were no longer a part of the smaller class called Cockers.

However, the Cocker was a huge hit, and registrations began to soar. As the century turned to 1900, Cockers were lumped together as English and American.

Cockers were shown as one breed until 1945 when they officially split. This is an important time in Cocker history because most of the roans being shown were English Cocker Spaniels.

“The reason why you never saw a roan American Cocker Spaniel at that time is that the ACS people and the ECS people were trying to distinguish themselves from one another,” Swanson reports.

How Does A Roan Cocker Spaniel Differ From Other Cockers?

The color of a Cocker’s coat stems from his genes. Cocker Spaniels come in three color varieties, but many other colors are not considered “breed standard.”

Using genetics, dominant or recessive genesis, mutations, and more, qualified, dedicated breeders can predict the color of puppies in all likelihood.

“When it comes to Merle Cocker Spaniels, many people fail to realize merle is not a sporting color and the genetic probabilities of the health issues are high,” Swanson shares.

Swanson says dogs should be open-marked when breeding roans, meaning more white on the body than black. The roaning is where the white portion is on the dog. So if you have a heavily marked dog, you are losing expression of the roaning pattern. As a result, they can look like a solid dog when they grow out.

“The roaning pattern can be super dark like the English Cocker Spaniel pattern or super light like the female dog I am showing at present time,” she shares.

Roan is a color pattern. The American Cocker Spaniel and the English Cocker Spaniel each have unique personality traits that remain no matter what color is being bred to standard.

Why is Color Genetics Important In Dogs?

People prefer a certain color or pattern over another. In her article, “Genetic Basics: Coat Color Genetics in Dogs,” Dr. Krista Williams says that despite the huge variety in canine coat color, only two pigments determine the color of dogs.

It gets pretty scientific, but the canine color is more than wishful thinking. Sound show breeders know and understand which Cockers should be bred and which should not. Just because a Cocker (or any dog) looks pretty does not mean that dog should be bred. More about that shortly.

Swanson’s roots are deep in Cocker history. Her mother, the famed Polly Swanson, spent over 40 years showing Cocker Spaniels and finished with more than 110 AKC Champions.

One of her many achievements included the resurgence of several colors thought lost to the Cocker breed. When she could no longer show Sable dogs, she set her sights on Roans.

“My mom acquired a blue and roan tan bitch in the late 80s,” her daughter shares. “She was super sound, and my mom took that dog to the most gorgeous black and white dog in her kennel.”

Erika says this is where the famous Bud came from, a winning blue and tan roan. Bud was also the first Roan American Cocker to receive his championship in 1993.

“My mom brought the color back and started it all,” she beams.

Erika Swanson’s mom, Polly, played a huge role in the modern Cocker Spaniel roan. In 1980 while showing a Sable Cocker Spaniel in Boston at the National, the judge excused Polly and her entrant.

“That started a whole sable war,” Erika remembers. “My mom fought to have sables shown, but the board voted her down three times.”

If you Google ‘roan cocker spaniels,’ most of the results show or discuss Blue Roan English Cocker Spaniels. Their coat pattern makes them distinctive, but they are not the only roans in the Cocker world.

Of note, according to ECSCA, the English Cocker Spaniel is colorful, but the outcome of those colors comes from a wide range of genes.

Where To Find A Roan Cocker Spaniel

According to Swanson, if your heart is set on a roan, find a reputable show breeder. She says qualified show breeders, such as herself, will place their Cockers into pet homes for a variety of reasons.

“Sometimes we don’t like the markings or the back or even the eyes,” she admits,” but that doesn’t affect the dog and his or her life with the pet parent.”

If you are interested in a specific color, such as a blue roan or any roan, Swanson says it’s best to buy from a show breeder. You may also have to wait if you want a specific gender, as show breeders’ lists can be months to years long.

Swanson says not all shows have roan Cocker Spaniels in them. She shows and sees Roan Cockers in regional shows and certain parts of the country.

When asked why there aren’t any roans seen at the bigger shows, such as Westminster, Swanson says it depends if a roan is being campaigned at that time for specials.

“I have a liver and tan roan that I will likely special, but I am also sending her brother out with a handler; he is a black and white tri Cocker,” she reports.

A special is a dog who already has his championship and no longer competes in classes.

Cocker Spaniels have their own unique set of health problems. Roan Cocker Spaniels, like all others (black, ASCOB, parti) all fall under the same umbrella health-wise.

Some things to watch for in Cocker Spaniels include:

Is a Cocker Spaniel The Right Breed For Me?

Not everyone is equipped to handle the physical and emotional demands of a Cocker Spaniel, roan or otherwise. We wrote an article called Is a Cocker Spaniel the Right Breed for You that you should read first.

Is a Roan Cocker Spaniel a High-Maintenance Dog?

How Long Do Cocker Spaniels Live?

The average age of an American Cocker Spaniel is 12 to 14 years, but there are exceptions. Be sure to read out piece How Long to Cocker Spaniels Live?

Where Can I Find a Reputable Cocker Spaniel Breeder?

Where Can I Find a Reputable Cocker Spaniel Rescue?

We’ve gathered together a listing of Cocker Spaniel Rescues by state that we suggest you read. Of note, some Cockers can be transported, so always ask. You can also touch base with your local shelters and websites like PetFinder.com. 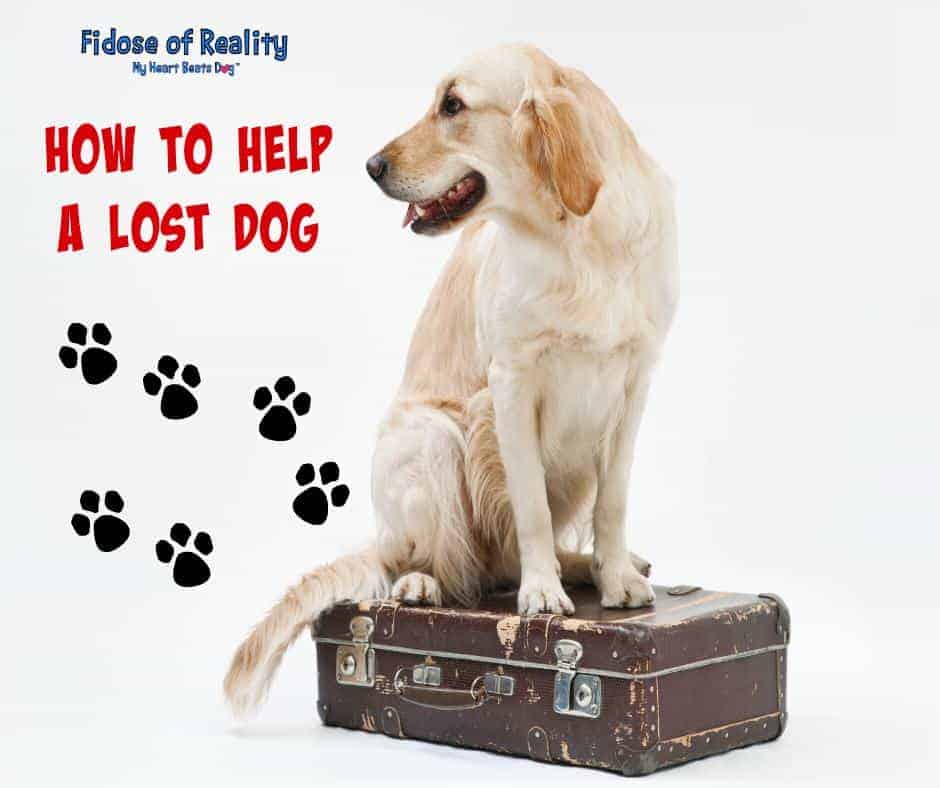 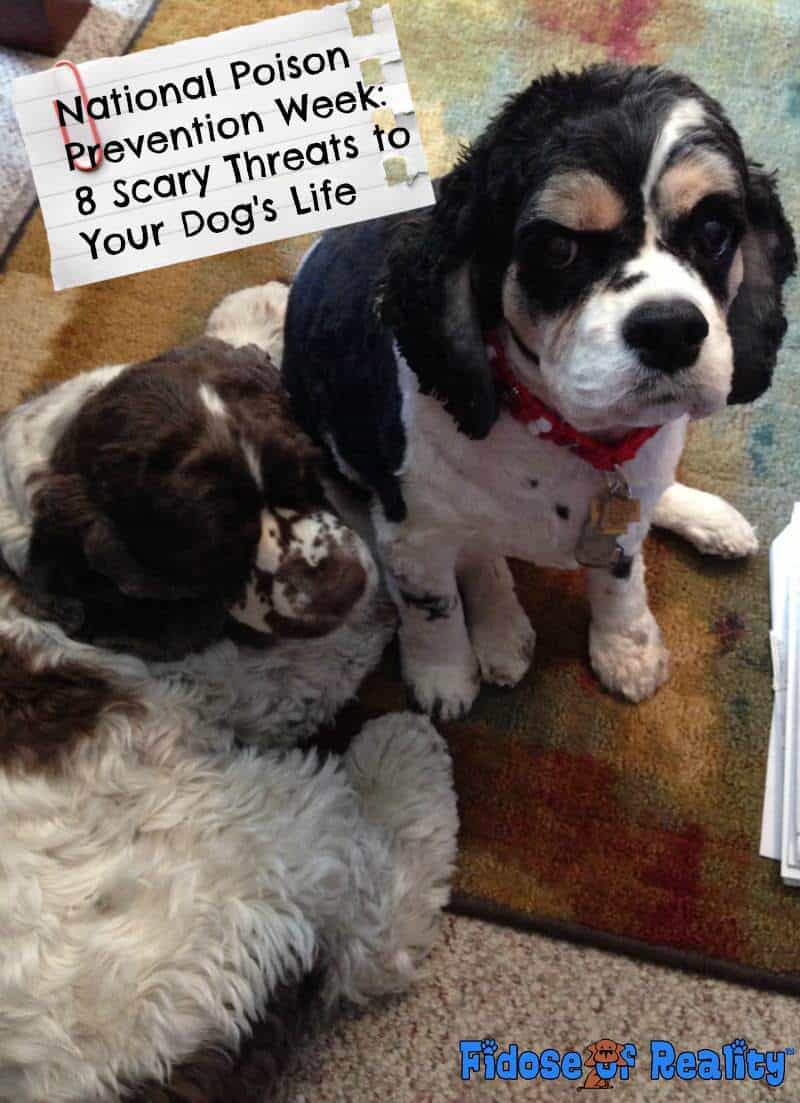 National Poison Prevention Week is taking place March 16 through March 24 this year, but poison prevention in pets (and humans) should be a year-round effort. There are many scary dog poison threats… 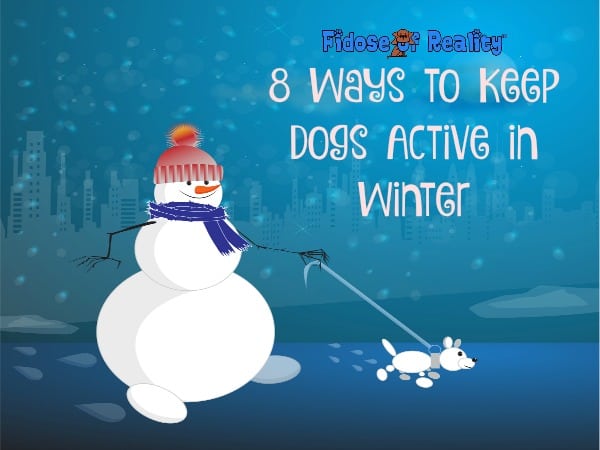 Dogs get cabin fever and can get the blues in the winter months, very much like people can. Contrary to popular belief that colder weather means less activity for dogs (and people), using…