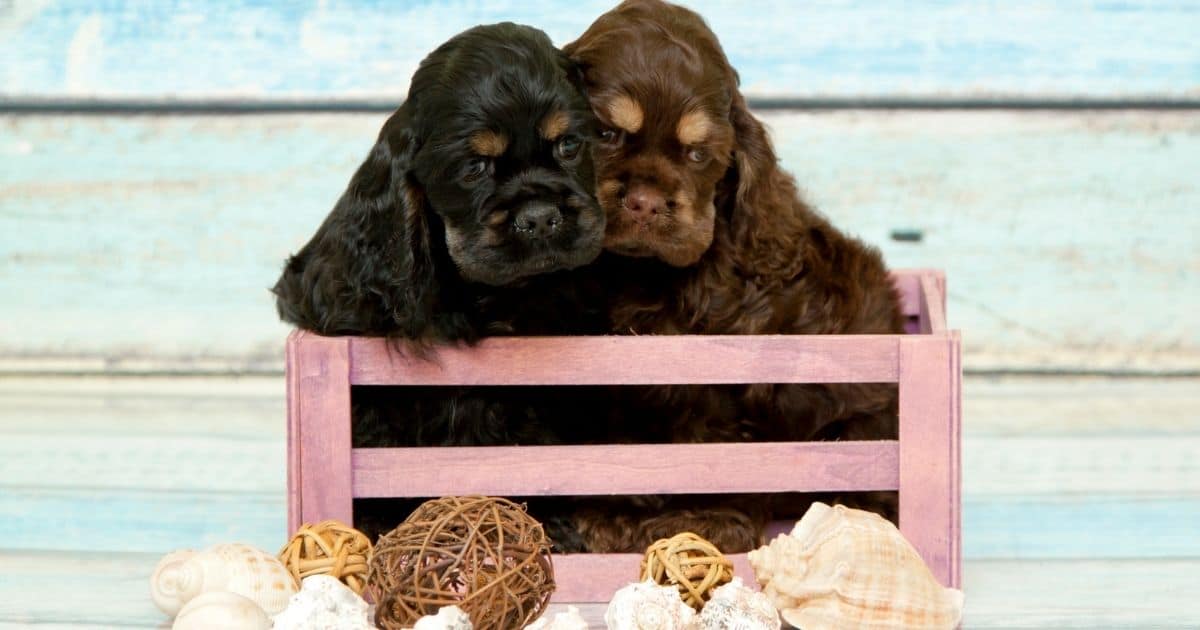 Cocker Spaniel facts are always fun and educational, but there are many tidbits about the breed that surprise even the most expert breed lovers. I’ve shared life with Cocker Spaniels for 30 years, so I know a thing or two about this spirited breed with the merry disposition.

Both American Cocker Spaniels and English Cocker Spaniels have wonderful temperaments and make great family pets. They must be treated with love and affection, as the breed is quite sensitive and is often dubbed “Velcro” Cockers. This dog wants to be by your side and isn’t fond of being alone for long periods of time.

They are athletic and resilient, determined and smart, curious and playful. They don’t do well with firm reprimands or an owner who has no time for them. Positive reinforcement is the key to training a Cocker Spaniel. In return, you’ll have a best furry friend for life.

In 1340, Chaucer wrote about “spanyels” in The Wife of Bath’s Tale.

Spaniels are believed to have originated in Spain.

Paul Sperry developed Sperry boat shoes after being inspired by his Cocker Spaniel, Prince. He noticed Prince had wave-like grooves in his paws and developed a similar pattern for his boat shoes.

A 22-year-old dog named Uno is believed to have been the oldest living Cocker Spaniel in the world.

It is believed two dogs were aboard the Mayflower which brought Pilgrims to the “New World” or the United States. One of those dogs was a Cocker Spaniel, the other a larger Mastiff.

Cocker Spaniels were sometimes used during World War II as mine detectors in the field.

Cocker Spaniels are the smallest dog in the American Kennel Club’s Sporting group.

The name “Cocker” comes from a type of bird, the woodcock. Small spaniels, such as the Cocker, were originally bred to hunt birds.

The Cocker Spaniel has been shown in the ring in the United States since the early 1880s.

Cocker Spaniels By The Numbers

Cocker Spaniels were ranked number one in registrations by the American Kennel Club for the first time in 1938.

The Kennel Club of England recognized the Cocker Spaniel as a separate breed from other spaniels in 1883.

In 1936, the American Spaniel Club separated Cockers into English Cockers and American Cockers. The AKC recognized this separation in 1940.

A Cocker Spaniel named CH My Own Brucie won Best in Show at the Westminster Dog Show in 1940 and 1941.

When Brucie the Cocker died (at 8 years of age), he was so popular that the New York Times published his obituary.

In 1955, Disney released Lady and the Tramp, thus prompting many people to fall in love with Cocker Spaniels.

The English Cocker Spaniel Club of America was formed in 1933.

English Cocker Spaniels are the most successful breed at the prestigious Crufts Dog Show in the United Kingdom. ECS has won Best in Show seven times since 1928.

One of the first dogs to detect cancer in people was a Cocker Spaniel named Tangle in 2004.

There are three varieties of American Cocker Spaniels: Black (including black and tan), ASCOB (any solid color other than black – meaning buff, brown, silver, and others), and Parti-Color (black and white, brown and white, red and white, and tricolor). They show this way in the ring. English Cockers are shown separately.

“Above all, he must be free and merry” is part of the Cocker Spaniel breed standard.

The working Cocker Spaniel is used widely in the United Kingdom where they find and flush game for their hunting human partners.

The English Cocker Spaniel has a longer, narrower skull, more almond-shaped eyes, and is slightly taller and heavier than the Cocker Spaniel.

The life expectancy of a Cocker Spaniel is between 12 and 15 years. I know many Cocker Spaniels who exceeded that average. Learn more about Cockers with long life spans.

Cockers have more sebaceous oil in their skin than most other breeds, making them prone to more lumps and bumps, itchiness, and skin sensitivities. Dr. Sue Ettinger, cancer vet, advises you aspirate or biopsy any lump that is great than 1 cm if it lasts for at least a month.

Though originally bred to work and hunt on land and in water, modern Cockers are family pets and also work in various capacities: from therapy dogs to service dogs.

Dogs are good at hiding pain, and this includes the Cocker Spaniel. Because they are overrepresented with allergies, disk disease, heart disease, and eye issues, be sure to have at least once or twice yearly veterinary screenings.

Cockers have long, floppy, pendulous ears making them prone to ear infections. Cockers require ear cleaning and maintenance but never overdo it, as that can create problems, too.

Cockers are overrepresented with cataract formation. Research is being done to identify the gene and mutation responsible for inherited cataracts in Cocker Spaniels, and subsequently, to develop a genetic test that can identify genetically normal, affected, and carrier dogs. (bonus: this also helps people with cataracts!)

Cockers have a thick coat and require frequent brushing and grooming. Some people, including me, learn to groom a Cocker Spaniel at home. Here’s how to find a good Cocker Spaniel groomer.

Cockers have sensitive immune systems, so use caution with any chemicals you put in or on your dog. Never over-vaccinate a Cocker Spaniel or any dog. Learn more about how your vet can titer a Cocker instead.

Cocker Spaniel rage syndrome is rare. Cockers are not normally aggressive dogs, but some may be misdiagnosed with sudden onset aggression or Cocker rage.

Some Cockers have a tendency to urinate when excited (you just came home) or when scared. There are things you can do to curb excitement or submissive urination.

Some Cocker Spaniels have very long eyelashes, but this might not always be in the dog’s best interest. Learn more about Cockers and long eyelashes.

Cocker Spaniels are notorious foodies with seemingly insatiable appetites. Keep an eye on their weight so you don’t have a portly pooch.

Cocker Spaniels are not hypoallergenic.

Celebrities who have shared life with Cocker Spaniels include George Clooney, Oprah Winfrey, and the Royal Family.

Flush was the name of the dog owned by the English poet Elizabeth Barrett Browning. Virginia Woolf published Flush, a biography of the dog.

Presidents who have owned Cocker Spaniels include Nixon (Checkers), Hayes (Dot), Truman (Feller), Kennedy (Shannon), and Clinton (Zeke, but before Clinton was President).

Cockers are not a double-coated breed.

Cockers have hair, not fur. Fur tends to be shorter and denser, while hair feels much finer than fur.

There are many incredible, respectable Cocker Spaniel breeders but do your homework so you know how to identify a reputable Cocker breeder.

There are many Cocker Spaniel rescue groups, but use caution and know how to identify a reputable Cocker rescue.

Because they are energetic, merry, and eager to please, Cockers partake in all sorts of canine sports. These include, but are not limited to, nose work, agility, flyball, dock jumping, lure coursing, obedience, and more.

At the 142nd Westminster Kennel Club Dog Show, then 6-year-old Cocker Spaniel Striker was predicted to go all the way to Best In Show. I snagged an in-person interview with his handler, Mike Pitts.

Tell Us About Your Cocker Spaniel

FidoseofReality.com is devoted to healthy living for Cocker Spaniels and their canine friends and won the best dog blog award in 2020 and 2021 from the Dog Writers Association of America.

Let us know in the comments below if we missed any unusual, fun, or quirky facts about the breed and if you share life with a Cocker Spaniel. 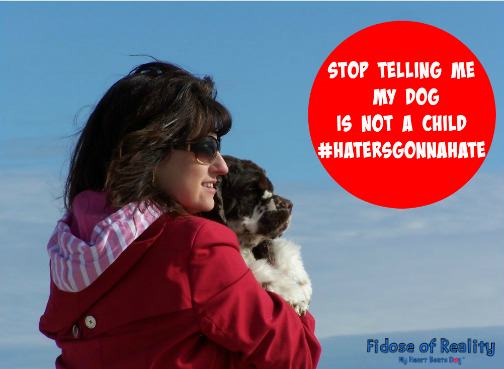 I planned on sitting down and writing a blog post about a fabulous new dog product to hit the marketplace. That’s for another day. Today I am all defending dogs and what we… 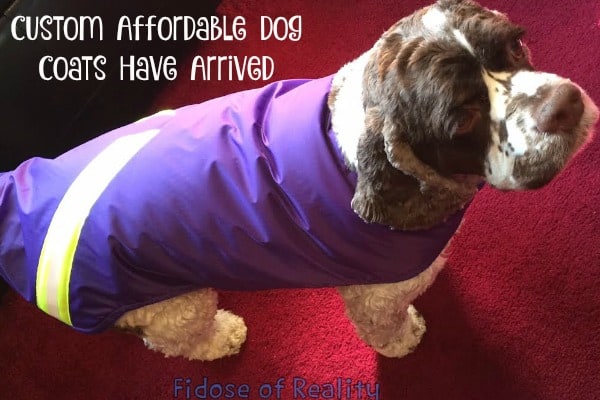 Dog clothing, in general, seems to cater to the small to medium sized dog. Even smaller and medium sized dogs may have trouble getting the proper fit because like people, clothing is not… 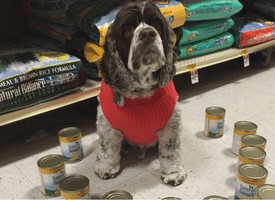 One of the most frustrating and concerning things a dog parent can experience is that moment when their dog simply refuses his dog food. I’ve been down this road, and my previous Cocker…