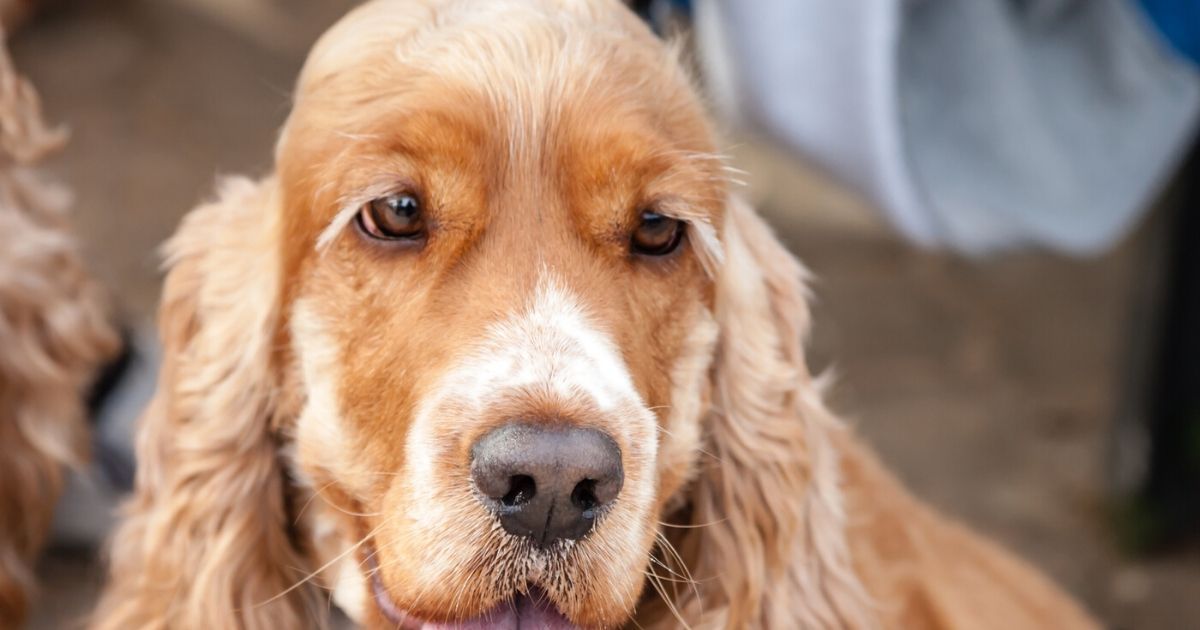 Dogs with long eyelashes look gorgeous but are those long lashes safe? A Cocker Spaniel recently went viral on social media for having super long lashes. However, there are situations where long eyelashes can cause harm to a dog’s eyes.

Cocker Spaniels are one of the dog breeds with long eyelashes. Dogs with long eyelashes run into trouble when the lashes turn inward and irritate the eye. Not everyone wants their dog to look like a Disney princess with long flowy hair protruding from her eyes. The debate spins around and around as to whether longer lashes can irritate, poke, or interfere with a dog’s normal eye functions.

My first Cocker Spaniel stopped people in her tracks all the time. Brandy Noel looked a lot like Lady from the famous movie Lady and the Tramp. I thought about letting her eyelashes grow longer but ultimately decided against it. I’ll explain why below. Is it really safe for dogs to have long lashes or should they have them trimmed? Here’s what we discovered.

“While there is nothing dangerous about long eyelashes on Cocker Spaniels, some mistake it for a very common condition called distichiasis (an extra row of lashes that grows inward causing the lashes to rub against the eye which can cause irritation or other eye problems),” long-time Cocker breeder Lisa Gaertner shares. “A simple eye exam, which should be done annually anyway, will reveal if your Cocker has this common condition.”

My first Cocker Spaniel suffered from distichiasis, which was discovered after she repeatedly rubbed at her eyes. Distichiasis involves extra hairs growing from the dog’s eyelash area. In her case, abnormal hairs grew on her inner lower eyelid. She rubbed her eyes, had increased watery discharge, rubbed her face on furniture or the rug, and we noticed her eyes were extra red by the end of the day.

We had the extra lashes removed since they were bothersome to our dog. Ultimately, this is why I chose not to allow Brandy to have long canine eyelashes. We simply didn’t want something to irritate her and cause further issues.

Long, flowing, butterfly-style lashes are so popular that some people get eyelash extensions, use false lashes, or use products that claim to grow lashes longer. Dogs, however, are not people, so it’s not always in their best interest to have long lashes.

Are Long Eyelashes Bad for Dogs?

Smaller hairs that grow along a dog’s eyelid in the wrong direction can cause eye problems. Imagine the feeling of having a “hair in your eye,” and how irritating that feels. Dogs feel the same way. Those hairs can also cause scar tissue, ulcers, wounds, and other eye problems.

Just like humans, eyelashes protect a dog’s eyes from harmful debris, small particles, dirt, and anything else that may cross their field of vision. Does your dog ever stick her head out the window of a moving vehicle? Does she ever get near a fan or gust of wind? Does she ever dig or burrow? Does she go outside in the world to potty? If you answered yes to one or more of those questions, your dog’s lashes protect her beautiful eyes from harm.

Long eyelashes are bad for dogs if they impede vision, irritate the eye, or have goop or debris getting caught on or in them. Eyelashes serve to filter out bright light, so having some lash length is okay. Unless the lashes are directly touching the eye or causing the dog to scratch or paw at his eyes, a diligent dog mom or dad should pay close attention to their dog’s eyes and any changes.

Which Dog Breeds Have the Longest Eyelashes?

Some dog breeds are genetically prone to grow longer lashes. Some of these breeds include:

According to the Guinness Book of World Records, the longest eyelash recorded on a dog is that of an Australian Labradoodle named Ranmaru. The nearly 4-year-old dog’s right lash measured 6.69-inch in length.

Should I Cut My Dog’s Eyelashes?

Unless you are experienced, if you choose to trim your dog’s eyelashes, ask your dog’s groomer or vet tech to do so. An inexperienced hand can slip or cause major problems if you poke or even slightly irritate the delicate Cocker eye.

Dog mom Margo Lieb learned to groom her Cocker’s eyelashes at home. Though her husband prefers the lashes longer, she likes to trim them occasionally. “The hair between her eyes grows up from her snout towards the corners of her eyes. I do NOT use scissors. Way too easy to do damage this way! I use bikini razor, believe it or not,” she says.

The way I trim my dog’s eyelashes is with grooming clippers. I run the clippers ever so slightly backward near the “eyebrow” or “points” areas and the lashes easily come off. You can also use blunt tip scissors and slowly trim the eyelashes from the outside corner of one eye. If your dog is not fond of having his face touched or you feel uncomfortable doing this, allow a trained dog groomer to perform the task instead.

You can learn more about grooming a Cocker Spaniel at home by reading my post on the topic.

What Do Cocker Spaniel Owners Think About Long Lashes?

You aren’t a bad person if you choose to keep your Cocker’s eyelashes longer. Talking about dog eyelash length is a hotly contested topic, so we asked various Cocker Spaniel owners their thoughts on the topic. Here’s what they shared.

Pamela Letchworth: I cut Pearlie’s eyelashes once a month. Otherwise, they would get into her mouth. I’ve never known a dog’s lashes to grow as fast and long as hers.

Amy McCauley: The super long ones are inclined to catch debris which can then be flickering in the eye all the time. They also can tickle them a lot and cause them to rub. If you keep an eye on them it can be okay but it is best to have them short.

Judy McManus: My Chester had lovely long lashes. I complained to the ophthalmologist (a Cocker friend) that his breeder wanted me to cut them. He commented, “He could see better if you did”.

Linda Siemiesz-Barnett: My fur-baby Barkley had beautiful long lashes. I always had to remind the groomers to leave them alone. He was 16 when he passed and never had any issues with his lashes.

Kim Kiernan: Poppy had distichiasis, which is very common in Cockers. She had the follicles frozen at a year old to stop the constant irritation (lots of tear staining).

Lisa Gaertner: I prefer to keep them trimmed as I feel it opens up their eyes more, shows their proper shape, and has a cleaner appearance.

Iris Steinberg: In more than 40 years none of my Cockers had any eye irritation.

Cathy Runninger: I prefer the eyelashes to be trimmed. Although it is cute, long lashes do present some problems. Bacteria, dirt, and gunk can be trapped, causing many problems. Like keeping the ears clean around the canal, keeping the eyes clean is healthy.

Carol Bryant (me): Personally, I prefer a Cocker’s eyelashes to be trimmed short. The breed has such a high propensity to eye issues from glaucoma to progressive retinal atrophy, cherry eye, and more, so I keep them trimmed short. Cockers are a beautiful breed inside and out, but I prefer eyelashes trimmed.

Can A Dog’s Lashes Grow Back After Being Cut?

Some pet parents get distraught if a groomer cuts their dog’s lashes without consent. Always tell your pet’s groomer if you want the lashes clipped or not. Breeds such as the Coton de Tulear have longer lashes, and some Coton owners may not want them clipped.

Most groomers will trim a dog’s eyebrows unless directed otherwise. If your dog’s lashes are falling out or surgically removed, regrowth patterns and timelines change. Veterinary laser removal of eyelashes due to a condition like distichiasis should eliminate regrowth.

If your dog has surgery around the eye area and the lashes are shaved down, it may take a bit longer than five to six weeks for the hair to regrow.

Can My Dog Wear Fake Eyelashes?

Unfortunately, some people like putting fake eyelashes on their dogs. Some companies even sell skin glue and lashes for dogs. They don’t sit on your dog’s actual lash line, but they are placed close to the eye where the browline is located.

Some dog groomers place fake lashes on dogs in grooming competitions, but it doesn’t mean the dog is safe or happy about it. Dogs can suffer from a host of eye issues and problems, so it’s best to keep any foreign objects, including fake lashes, away from their eyes.

Why Do Some Dogs Have Eyebrows?

Amazingly, a muscle responsible for raising the inner eyebrow intensely is uniformly present in dogs but not in wolves. “Puppy dog eyes” is a real thing, as dogs’ eyes evolved so they could communicate with humans.

According to National Geographic, “When meeting a person’s gaze, dogs often raise their inner eyebrow muscle to make their eyes look larger and more appealing.”

Some breeds, such as the Rottweiler, German Shepherd, Pug, and Boxer, have a different colored fur above their eyes, which look like eyebrows. Some dogs also have a very prominent brow ridge that is more noticeable than others.

Where Can I Get More Information About Cocker Spaniel Eyes?

I wrote an extensive piece about Cocker Spaniel eye problems and keeping them healthy, so be sure to check that out.

The American Spaniel Club Foundation (ASC-F), of which I am a member, is helping research for Cocker inherited cataracts. ACS-F requests that anyone interested in donating to help the inherited cataract study please donate by visiting the ASCF website.

I run a Facebook group called Club Cocker: Wigglebutts Worldwide, where we discuss topics like Cocker Spaniel eyes and whether or not long eyelashes are best for dogs. Stop by and join the club!

Talk Back About Dog Eyelashes

Has your dog ever been affected by eye issues? Do you prefer your dog’s eyelashes short or long? Bark back at us in the comments below. 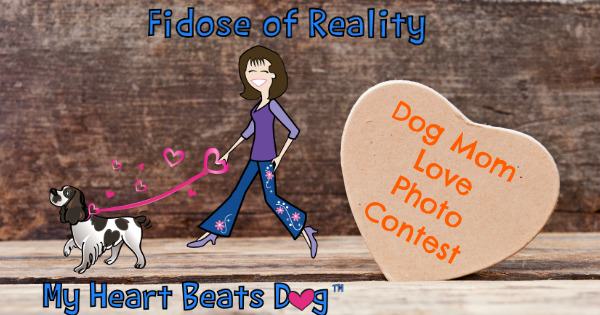 Dog moms: This is your moment to shine!!! We want to see photos of the love between you and your dog in honor of the Fidose of Reality Mother’s Day “Dog Love” Photo… 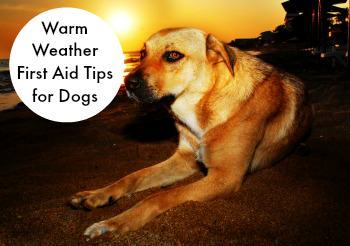 Do you know first aid tips for dogs? One Summer morning, two frisky Cockapoos were playfully exploring their fenced yard when Rudy caught Abigail off guard and bounded at her from behind the… 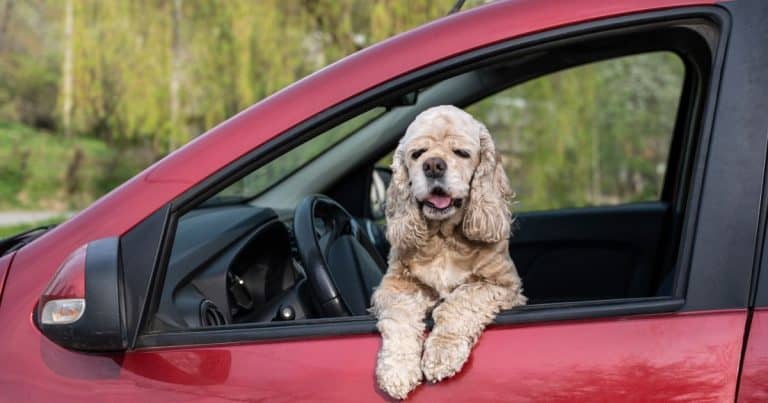 Wondering how to sneak your dog into a hotel? We pulled into the parking lot of a pet-friendly hotel and that’s where I first encountered a couple tossing a blanket across a stroller…