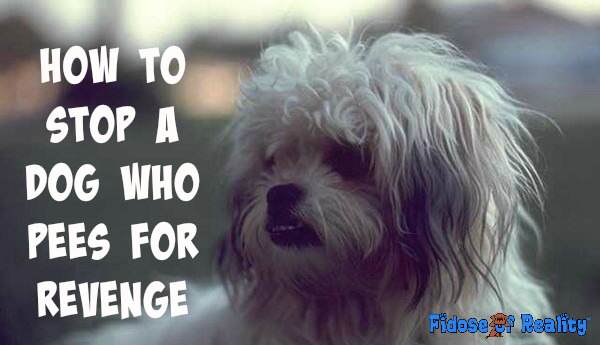 My dog pees in the house for revenge because he is alone all day. He pees for revenge.

My dog pees in the house to get even with me for going out without him. He pees for revenge.

Which of the above statements are true?

Here’s a photo of a dog waiting to go outside so you can think for a minute and then scroll past the photo for the answer. 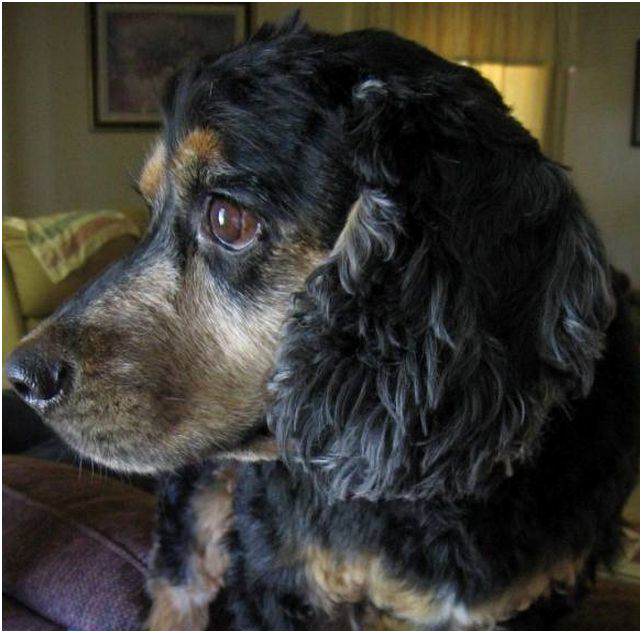 The answer is BOTH ARE FALSE.

When a dog urinates or defecates in a place he normally shouldn’t, a multitude of reasons can cause this, but revenge/spite/trying to anger you are not on that list.

Dogs React to Us

It isn’t pleasant to step in a puddle of (hidden) cold dog pee saturated deep within the carpet. A typical reaction to this is probably some along the lines of “dammit, INSERT NAME HERE, what did you do?”

Yelling, shouting, shaming, or “punishing” a dog for such a behavior is not going to prevent the accident from happening in the future.

A dog’s cowering, hiding, sorrowful eyes, or lowered head when yelling, shouting, or a harsh tone is taken at finding such an accident teaches the dog to be afraid of you. As smart as most dogs are, they aren’t manipulative enough to ponder the art of revenge: That’s a human quality. Do you know how to stop a dog who pees for revenge? You don’t! Dogs do NOT pee for revenge. And do not under any circumstances “rub their nose in it:” This is antiquated, disgusting, and old wives’ tale and proves only what a bully you are in doing so. 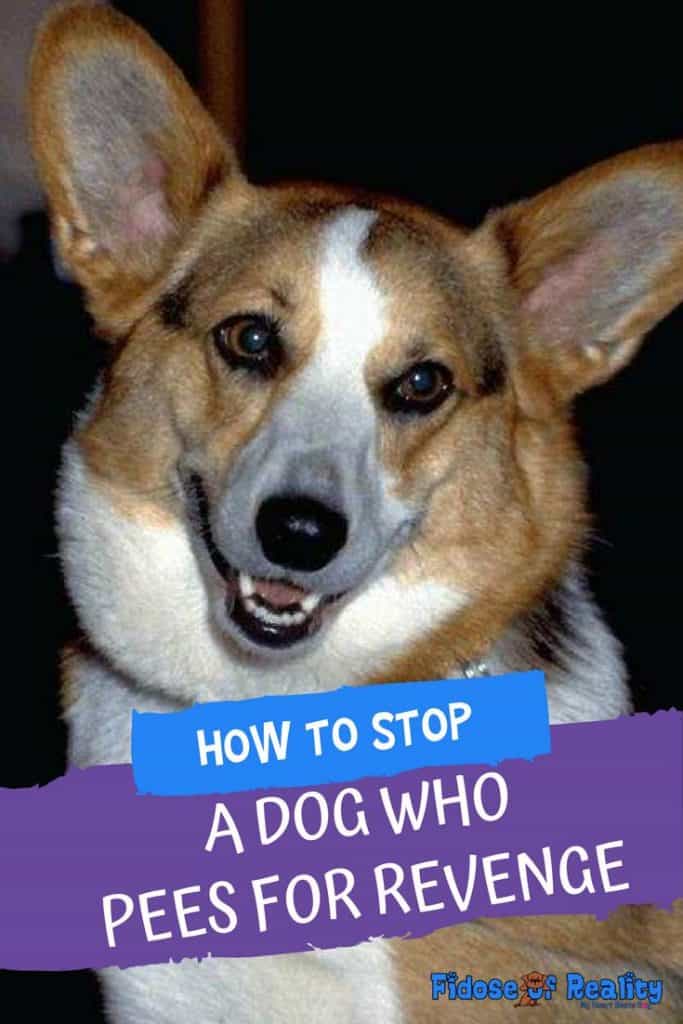 A website, book, and memes galore have been built around the notion of  “dogshaming.”

Putting funny signs in front of a dog who looks like he or she did something does not mean the dog actually feels that way. Memes are meant for good humor and laughs. Dogs do not exact revenge on people. It’s just not their way.

Dogs live in the moment. This we know. Dogs don’t ponder what’s going to happen five minutes from now let alone what might happen when their parent leaves for work tomorrow. Dogs might anticipate departure, hence a dog’s reaction when keys are heard jingling or his parent puts a pair of shoes on for a walk. Some dogs love to go for a ride, while others loathe it.

Dogs do have emotions. They do not have the foresight to willingly inflict emotional upset on people.

Ponder this: When a special occasion happens in the family, does a dog plan ahead, act extra nice, or otherwise go out of his or her way to extend himself because it is an extra special day?

A happy dog is just that: happy dog: A joyful pooch who loves nothing more than to be around his pack, whether that means one person or a whole family…. he remains that joyful dog no matter what day it is. That is, unless, someone is upsetting to the dog, the dog is sick, or something emotional has happened in the dog’s life.

Dogs don’t have a date planner. Dogs do, however, show emotions with their body language, behavior, and “in the moment” thinking.

For a dog to pee in the house, plan ahead to do so, not know when you will find it, and then know you will get angry and start yelling or scolding them: Well, that takes a whole lot of calculated forward and vengeful thinking. Of all the emotions a dog has, getting even with you is not one of them. 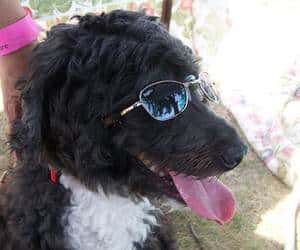 Dogs Who Pee for Revenge

There is no such concept as dogs who pee for revenge. We place human feelings and emotions on dog, and in many cases, rightfully so: Dogs have a huge array of emotions. If we are happy and celebrate life, our dogs are happy for us.  When we are in a bad mood, dogs either try to snap us out of it or hunker down to get through it with you or hide in corner from a loud or irritated voice.

Dogs will pee if they are scared.

Dogs will pee if they have an emotional issue.

Dogs will pee if they are puppies.

Dogs will pee if they are left alone too long.

Dogs will pee because they are marking a spot.

Dogs will pee because they are older and cannot hold it.

Dogs will pee because there is a health problem.

Dogs will not pee out of revenge.

Dogs do not deserve to be hit nor should they be spanked, slapped, have their nose rubbed “in it” or any similar behavior. This only serves to instill fear, the latter of which is unsanitary, disgusting, and an old wives’ tale that seems to take place in homes across the world. Doing it doesn’t make it right and can actually harm your dog.

If your dog is urinating in the house, any number of reasons exist, but revenge is not one of them. Science says so, too.  Some believe that guilt is complicated; we believe that dogs are not (complicated): they simply love us and would not purposely or with calculated intent seek to be punished.

The above applies as much to number “two” as it does number “one.”

Our Favorite Products to Clean Up Dog Urine From the Carpet

Fidose of Reality, LLC is a participant in the Amazon Services LLC Associates Program, an affiliate advertising program designed to provide a means for website owners to earn fees by linking to Amazon.com and affiliated sites. As an Amazon Associate, the owner of this site earns a commission from qualifying purchases. This site also participates in other affiliate programs and is compensated for referring traffic and business to these companies.
60shares