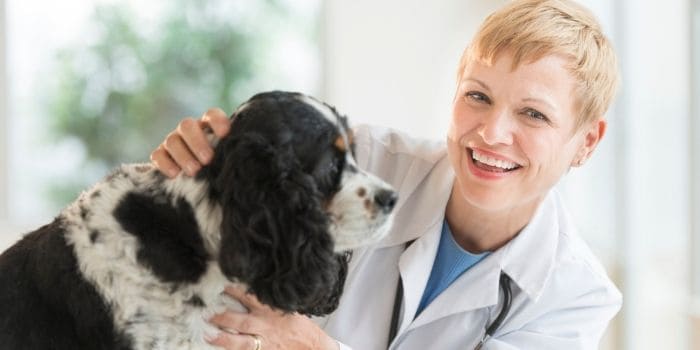 When one member of my Facebook group, Club Cocker, asked me “what kind of worms can dogs get,” I began researching. When several members asked the same question over two months’ time, I knew others would benefit from a discussion on dogs and worms.

Parasites and worms love to find a host to call home. At some point in most dogs’ lives, they will get infected with worms. Knowing how to prevent them, treat them, and keep your dog healthy and free from worms is something every dog parent should know. 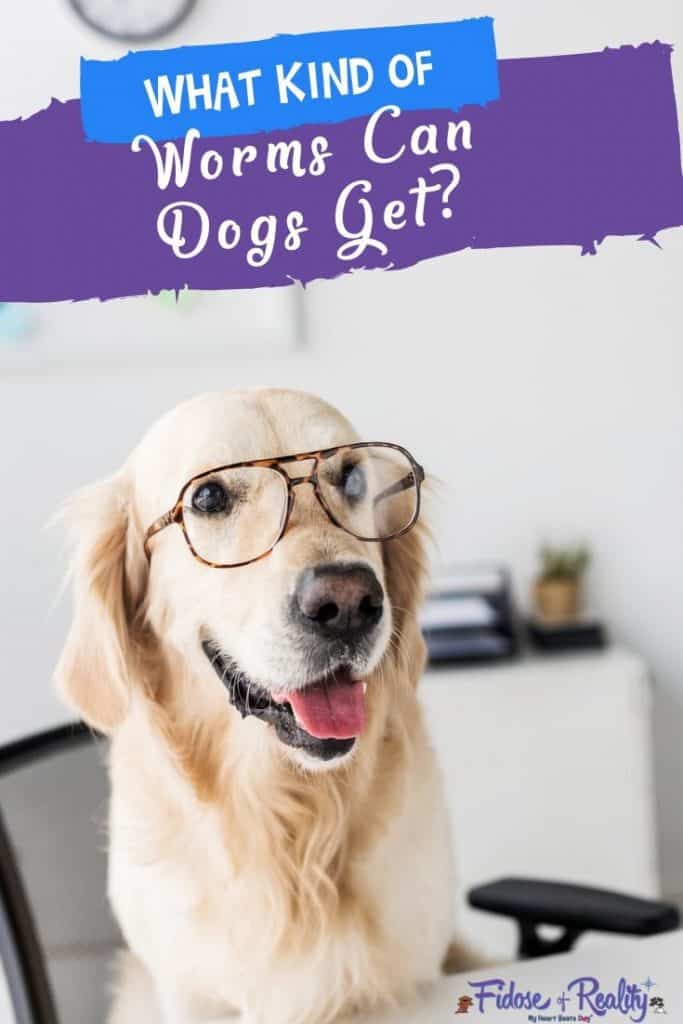 What Kind of Worms Can Dogs Get?

The most common types of worms dogs get are:

If you’ve ever taken a fecal sample to the vet, he or she is checking for intestinal parasites like worms. Because worms can cause minor and major health problems, prevention is important and treatment is critical.

Symptoms And Breakdown Of Worms In Dogs

Dog mom, Nadine Barnhart of Maryland, knows about worms in dogs, as her puppy, Bindi, had hookworms at four months old. Unfortunately, because hookworms are contagious, she had to treat all four of her dogs as a precaution and inspect and clean her back yard.

“Bindi began pooping bloody diarrhea,” Nadine shared. “She is my first dog ever that had worms. Bindi has a sensitive stomach and received treatment plus an antibiotic. Everything worked out, but my first vet missed the problem. I switched vets.”

Hookworm infestation in a dog includes poor appetite, coughing if the hookworms are in the lungs, dark stool, diarrhea (sometimes bloody), and even pale linings of the nostrils, lips, and ears, according to petMD.

You can’t actually see hookworms with the naked eye, which is why a veterinarian should examine the fecal sample under a microscope. This is not a condition to deal with lightly: dogs can die from hookworms, as it often contributes to puppy deaths. 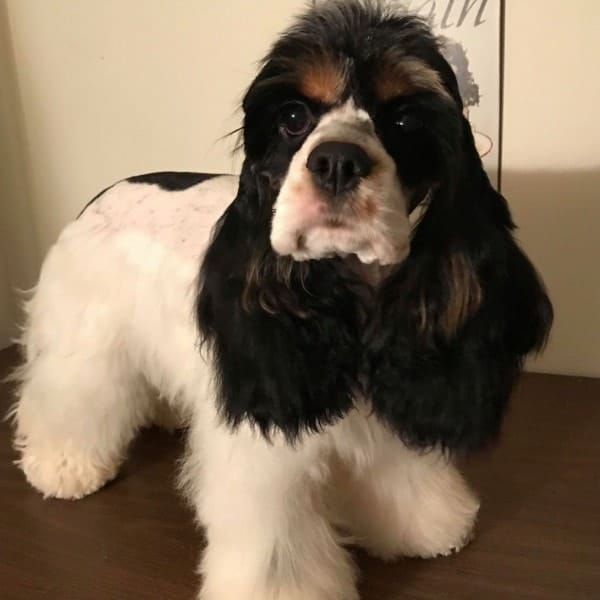 Roundworms are the more common intestinal ones in dogs. There are two types, and one of them, Toxocara canis (T canis) is common in puppies AND can spread to humans.

A lot of puppies are born with roundworms, so those early fecal checks and vet visits are important.

The whipworm lives deep in the beginning of a dog’s large intestine. Disturbingly, whipworms can thrive and survive for up to five years in an environment that is warm and moist. Cleaning up after your dog has a bowel movement is crucial in stopping the spread of whipworms.

In mild cases, you may not see any outward symptoms. When whipworms are severe, anemia, weight loss, diarrhea, and intestinal inflammation can occur.

Tapeworms occur from eating fleas. It sounds odd, but fleas can be in small mammals or even raw meat. In mild cases, there may be no symptoms. In severe cases, infected dogs have a “failure to digest and absorb food normally, malaise, irritability, variable appetite, and shaggy coat to colic and mild diarrhea.”

Because they cycle through fleas, tapeworms can affect dogs that spend most time indoors, too. Flea control is critical so a dog does not get tapeworms on top of a flea issue. 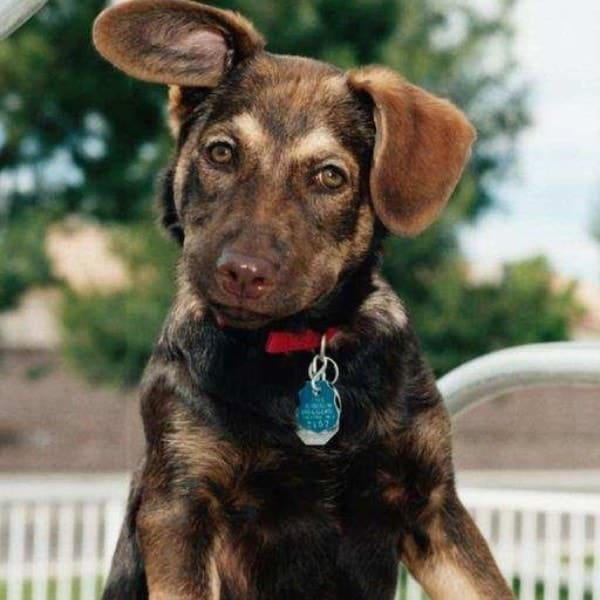 Heartworms can be fatal to your dog. They are easy to prevent and can be difficult and costly to cure. As a Cocker Spaniel mom and dog blogger, the sheer number of dogs I’ve seen with heartworm is alarming.

While I don’t apply or administer chemicals to my dog, I make an exception when it comes to heartworm prevention. I live in an area where mosquitos thrive, near a river, and surrounded by mountains and trees.

The American Heartworm Society warns of the dangers: “It is caused by foot-long worms (heartworms) that live in the heart, lungs and associated blood vessels of affected pets, causing severe lung disease, heart failure and damage to other organs in the body.”

The disease spreads around from dog to dog via the bloodstream. In order for your dog to get heartworms, a mosquito must bite an infected animal, thus picking up their baby worms. They mature over the next two weeks, and the mosquito then bites an unprotected animal such as your dog. It can take six months for the larvae to mature, at which point they can live five to seven years in dogs. Gross and scary, isn’t it?

Most dogs show no symptoms in the early stages of heartworm disease. As it progresses, dogs will have a decreased appetite, mild but persistent cough, possible swollen belly from fluid in the abdomen, or worse.

I follow Dr. Jean Dodd’s protocol when it comes to protecting my dog. He gets near year-round protection, and I administer the chewable Interceptor Plus every 45 days. It happens to have preventatives against other worms in it, and my dog is okay on it.

For more about protecting your dog against heartworms and what to do if your dog tests positive for them via blood test at the vet, please read the American Heartworm Society’s page.

How To Prevent Worms In Dogs

Some of the most common ways dogs get worms include, but are not limited to:

Knowing their cause is the best way to prevent them. Perform fecal analysis at least twice a year by your dog’s vet.

Clean up your backyard of any dog waste. Preventative medication as needed, especially against heartworm.

How to Get Rid Of Worms

Worms in dogs are treatable as long as you do so before it gets too far along. At that point, the dog may be at risk for long-term damage or worse. Always seek veterinary care.

Hookworms Treatment kills the adult form of them. Treatment usually is in two segments and is performed by your dog’s vet.

Roundworms: Treat with a medication that detaches the worm from the dog’s intestinal tract, thereby coming out in the dog’s stool.

Whipworms: Treat with medication given in three- to four-week segments, and every few months to prevent their return.

Tapeworms: Treat with medication that breaks them up inside your dog’s intestinal tract. They are not seen with the naked eye in feces.

Heartworm: Treatment comes in a variety of ways with a multitude of drugs. There are both oral and injectable medications, antibiotics, diuretics due to fluid build up, special dietary instructions, and maybe even heart medication for the worst cases.

Wendy Gilbert is a dog mom to three Cocker Spaniels, whom she shares on Instagram. “Rafi has had tapeworms more than once and Shiva had them once,” she says. “The first time I look at the stool, it looked like grains of rice that moved were in it.”

Treatment for both dogs was with medicines. She believes the cause is their cat who goes outside and kills rodents. She thinks fleas hopped from the cat to the dog, the dog at it, the flea laid eggs, worms followed, and yuk!

Dogs at any age can get worms, which is why it is important to prevent them and treat them ASAP. 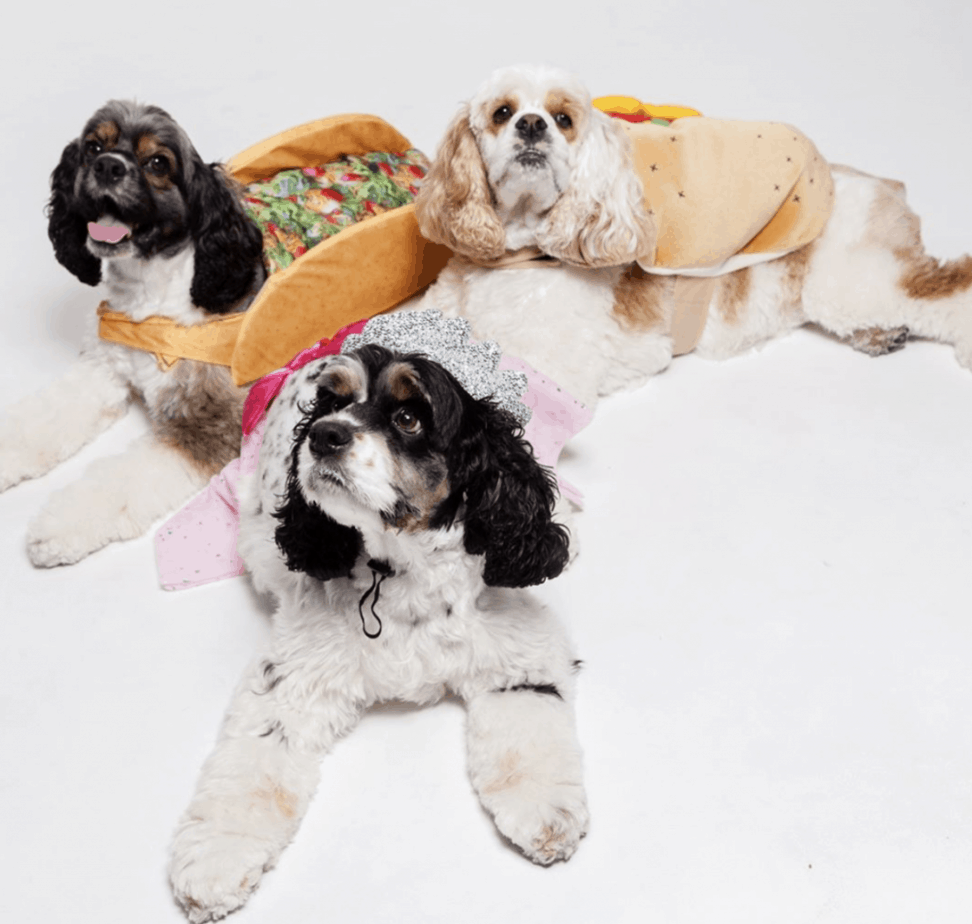 Are Dog Worms Contagious To Dogs And Humans?

Roundworms most definitely are contagious to people. Sandboxes are a perfect environment for outdoor animals to use as a litter box. Left untreated, kids can go blind from roundworm infection.

In researching this piece, we now know that fresh feces do not contain the infectious stage of roundworms. Roundworm eggs take 30 days to become infectious. This means the dirt is infectious to people and animals, so be careful.

Don’t go barefoot because worms may be waiting to penetrate your skin. This is why there are strict laws about dog beaches and allowing dogs. We argue that people spread disease, too, so as long as folks clean up after their dogs, this helps!

Giardia is also a risk to humans. To be safe, always pick up dog pop with gloves or the plastic bag and wash hands afterward. 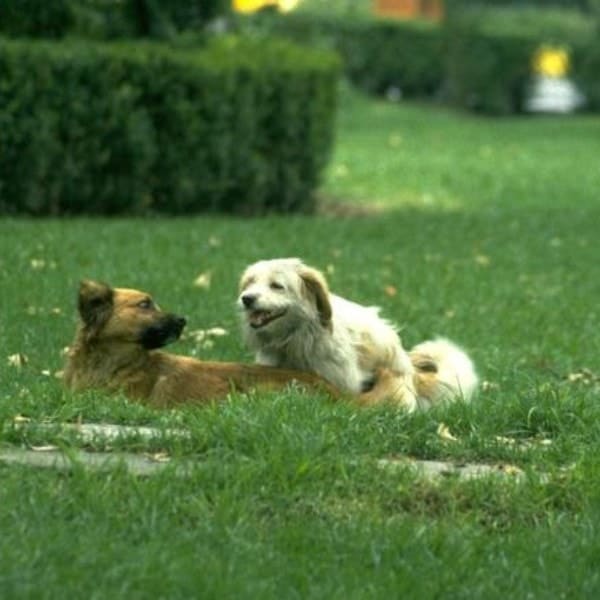 Has your dog ever been affected by worms? Let us know in the comments below.

The Great Imposter. That’s what she called it. It’s just a lump and looks like a pimple. I shouldn’t be concerned. But the dog mom and “worrier” in me, along with thinking “but… 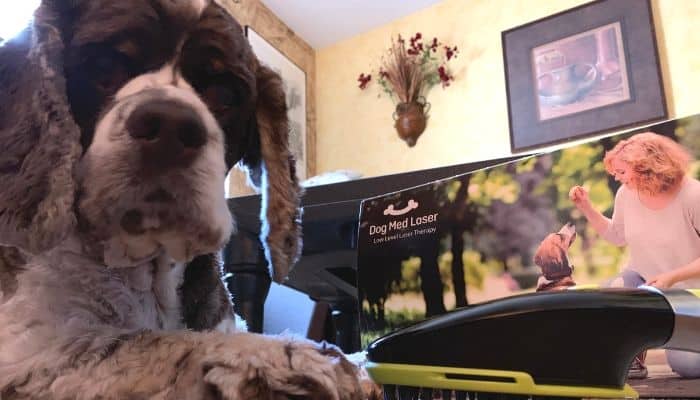 The reality of cold laser therapy for dogs is something I know a lot about. My Cocker Spaniel, Dexter, tore both of his ACLs (anterior cruciate ligament) within one year of each other…. 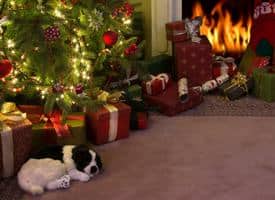 Ask any dog lover what they want most for their dog and the majority of us will say, “health and wellness.” We want our dogs to live as long as possible, so wellness…