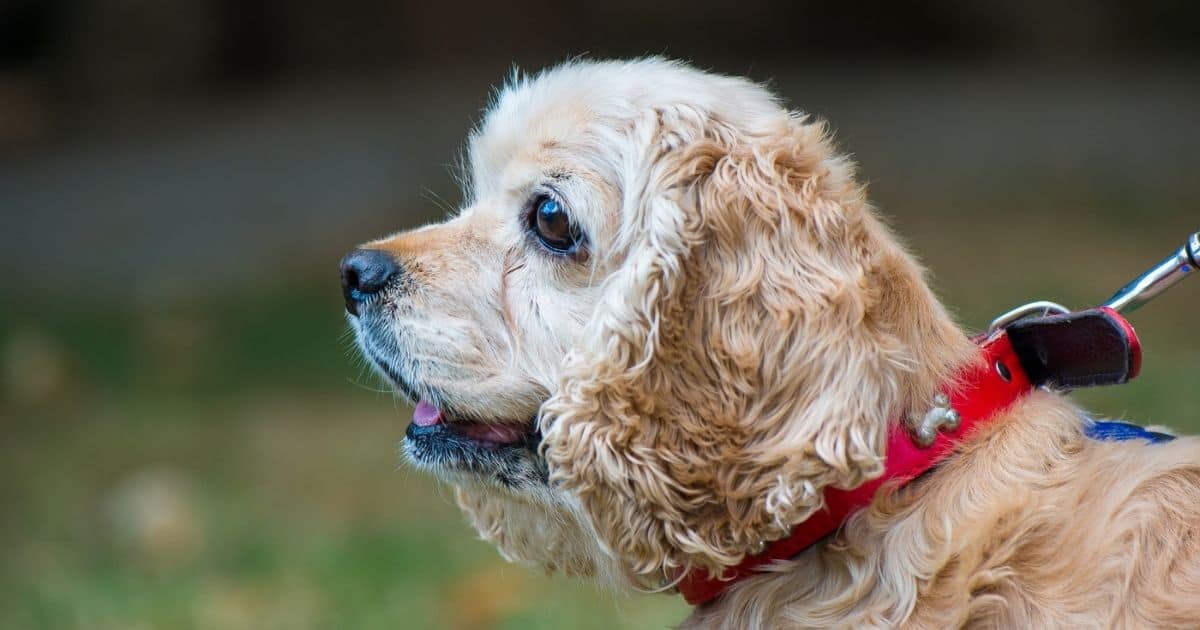 In most cases, pet parents learn about problems with the gallbladder in dogs when the animal shows signs of distress, such as abdominal pain, vomiting, or loss of appetite. Canine gallbladder problems can become very dangerous very fast if they aren’t treated right away. Fortunately, there are things to help a dog before it’s too late.

Diseases of the gallbladder in dogs are becoming more and more prevalent. This silent but deadly epidemic affects thousands of dogs every year. A nasty accumulation of mucus in the gallbladder lining, called a mucocele (mew-ko-seal), can lead to gallbladder rupture and even death. Even scarier, the cause of mucocele formation on a dog’s gallbladder is not wholly known nor understood.

To spread awareness, keep dogs healthy, and prevent another canine tragedy from gallbladder disease, here’s everything you need to know.

What Does A Dog’s Gallbladder Do?

The canine gallbladder rests comfortably under the liver and next to the pancreas in a dog’s abdomen. Its purpose is to collect and transport bile secreted by the liver.

When bile reaches the small intestine, its job is to digest some vitamins and fats. Bile also helps to get rid of waste matter in the dog’s body. When something goes wrong with the gallbladder, the bile is compromised and many things can go wrong.

What Are The Signs Of Gallbladder Problems In Dogs?

Common symptoms of gallbladder problems in dogs include:

As you can see, these symptoms also occur in other canine disease processes. Time is of the essence, so if your dog is showing signs of distress of any of these symptoms, seek urgent veterinary care immediately.

When New York resident Christine Aiello rushed her 13-year-old Cocker Spaniel, Coco Chanel Bella, to the emergency veterinarian’s office, she had no idea her gallbladder had ruptured.

“She threw up three times on this day, and when I got home, she wasn’t acting like herself.” Aiello recalled. “She was shaking a lot. She threw up two more times and we rushed to the vet.”

Sadly, that would be the last time Christine held Coco in her arms outside of the hospital. Bloodwork revealed elevated liver values, and an abdominal ultrasound was consistent with a ruptured gallbladder mucocele. The fluid was leaking into Coco’s bloodstream from the rupture, consistent with bacterial leakage and a septic abdomen.

Removal of the gallbladder (cholecystectomy) and a liver biopsy led to a lengthy stay in the hospital. Coco received aggressive treatment with antibiotics, supportive care, and had an uneventful surgical recovery. On the day she was due to be discharged, things took a turn for the worst.

Abdominal drain production increased and Coco spiked a fever. Fluid removed from the abdomen with a needle (abdominocentesis) was consistent with sepsis, so Coco had exploratory surgery to see what was happening.

A tear was found in the midportion of her common bile duct, but everything else was intact. Her blood pressure dropped and medical attempts to help it stabilize failed. Thirty-six hours after this second surgery, Coco became extremely distressed and agonal, and the decision was made to help her pass peacefully.

Ultimately, the dog’s culture grew a multidrug-resistant E. coli, and all the antibiotics she received could not battle the sepsis throughout her bloodstream. The gallbladder mucocele led to a rupture, with secondary liver changes and mild inflammation of the small intestine.

The entire ordeal happened that fast. She was a happy, beloved Cocker Spaniel spreading kisses, tail wags, and joy to her family one day and she was gone a week later.

What Causes A Gallbladder Mucocele In Dogs?

From a super highly technical perspective, “A recent study found that many of these dogs have a mutation in the gene that codes for ABCB4. ABCB4 is a protein within hepatocyte cell membranes that is necessary for the transfer of phospholipids from the hepatocyte into the bile ducts. Without the protective effect of phospholipids, bile salts cause chronic irritation of the gallbladder wall and lead to increased mucus production. Thus, potentially leading to a mucocele.”

In the report from MSPCA by Dr. Johnson, it is noted that about 75 percent of dogs with gallbladder mucoceles have an elevated ALT, ALP, and GGT on bloodwork.

In addition to mucoceles, the gallbladder of a dog can become obstructed by:

I spoke to my dog’s Internal Medicine veterinarian off the record about the increasing incidence of the problem and why it seems to be cropping up more and more in the past decade. He notes the technology has improved, more dogs are getting ultrasounds, and mucoceles are discovered.

When I asked about a dog’s weight and fatty diet, he agreed that may contribute as well.

Types of Gallbladder Problems In Dogs

Just like people, dogs are affected by a variety of gallbladder issues. Here are some of the common diseases and problems dogs may experience in the gallbladder or bile duct:

If the gallbladder gets too much bile and mucus and gets swollen or distended, a gallbladder mucocele can happen. The bile gets backed up, it can’t flow properly and do its job. The dog gets weak and tired, might vomit, have a fever, and exhibit signs of pain. In Coco’s case, this is exactly what her mom witnessed.

In addition to Shetland Sheepdogs, other breeds that have been more commonly reported to develop gallbladder mucoceles include Cocker spaniels, Pomeranians, Miniature Schnauzers, and Chihuahuas. Some say certain areas of the country see this issue more than others. Any dog can be affected by a gallbladder mucocele.

Renowned veterinarian, Dr. Marty Becker, says dogs rarely suffer painful gallstones like people do, but they do happen. Stones can float around in the gallbladder or like people, can a blockage in a bile duct.

If a gallstone gets lodged in a duct, bile backs up, the gallbladder gets inflamed, and that inflammation is called cholecystitis.

Gallbladder rupture in dogs is generally caused by trauma, a mucocele, or some sort of inflammation.

Cancer can occur anywhere in the body, and the gallbladder and bile ducts of a dog are no exception.

How Are Gallbladder Problems In Dogs Diagnosed?

When my dog’s nephew, an 8-year-old Cocker Spaniel named Sonny, stopped eating, his mom knew something was wrong. He went out into the snow and plopped down. A local emergency veterinarian who treated Sonny for IMHA, an immune disease, performed bloodwork and an abdominal ultrasound.

Since the gallbladder was inflamed, the internal medicine vet recommended the dog stay in the hospital overnight for intravenous fluids and monitoring. Vets were not certain at this stage if Sonny’s gallbladder ruptured or not.

“They said we needed to make a decision if we wanted to continue with surgery, which has a 30 percent survival rate, or consider euthanasia,” Jen Angradi recalled. “I decided to get a second opinion from a surgeon in Allentown, Pennsylvania.”

Both the emergency room vet and the surgeon could not tell whether the dog’s gallbladder had ruptured. Due to Sonny’s history of IMHA coupled with his decreasing kidney function, chances were slim of surviving a gallbladder rupture.

Jen moved forward with the surgery, called a cholecystectomy, or removal of the gallbladder. Sonny had surgery right before Christmas, and they discovered the gallbladder had indeed ruptured. The dog developed pancreatitis in the hospital and remained in critical condition for a few days. Once the drain was removed from his abdomen, Sonny came home about a week after gallbladder removal.

“He went from 28 pounds to 21 but was so happy to be home,” Jen said. “He had issues vomiting his food up, but we realized he could eat small meals.”

They still feed him a low-fat prescription diet of small meals, takes the medication ursinol daily, but Sonny is 100 percent back to himself.

Can Dogs Live Without A Gallbladder?

Yes, dogs can live without their gallbladder. Dogs, like people, don’t need the gallbladder organ to live. The liver will make the bile. The bile that would normally be stored in the bladder would pass through the common bile duct into the intestines instead.

How To Prevent Gallbladder Disease in Dogs

Antibiotics can help dogs with gallstones or mucoceles if the case is uncomplicated. Gallbladder removal can be successful, too.

A ruptured gallbladder, according to the Merck Veterinary Manual, leads to a leakage of bile into the abdomen, which causes bile peritonitis. If the rupture is not repaired, death may occur. Although Coco’s gallbladder was removed, a tear in the common bile duct lead to her demise.

Treatment for a ruptured gallbladder or bile duct includes placing a stent into the bile duct via surgery, removing the gallbladder, or connecting the gallbladder with the small intestine. Time is crucial when it comes to life or death. Antibiotics are most often necessary for four to six weeks postoperatively.

Stay current with your dog’s bloodwork, and as your dog ages, have bloodwork screened at least twice a year. Keep your dog at a healthy weight, and do not allow him or her to become overweight. If you have a heavy dog, he is more prone to a multitude of problems.

If you have a dog that is amongst the ones most prone to gallbladder mucoceles, talk to your veterinarian about screening and testing.

Don’t hesitate when it comes to your dog’s health, as minutes matter in cases of gallbladder rupture. Seek immediate veterinary care. Dogs are slick in their ways of hiding and masking pain.

Thinking back to Coco’s medical issue, the exploratory surgery after the gallbladder removal showed a tear in the common bile duct. All that bile leaked back into her bloodstream, and due to its toxicity and its multidrug-resistant nature, Coco died.

Costs of Gallbladder Obstruction/Mucocele In Dogs

Depending on where you reside, the cost of gallbladder removal, cholecystectomy, ranges from $800 to $1,300, but that does not include longer hospital stays and any additional treatment.

Emergency room visits and specialized surgeons cost extra, so be certain to keep a savings or pet health insurance plan for your dog(s).

Christine’s bill surpassed $15,000 due to her area (Long Island, New York), a team of specialists, multiple surgeries, and intensive care.

If you found this article helpful or would like more information, please subscribe below to our twice-monthly newsletter to help your dog stay healthy and well!

Has your dog ever experienced gallbladder issues? Are you monitoring your dog with regular blood screening? Let us know in the comments below. 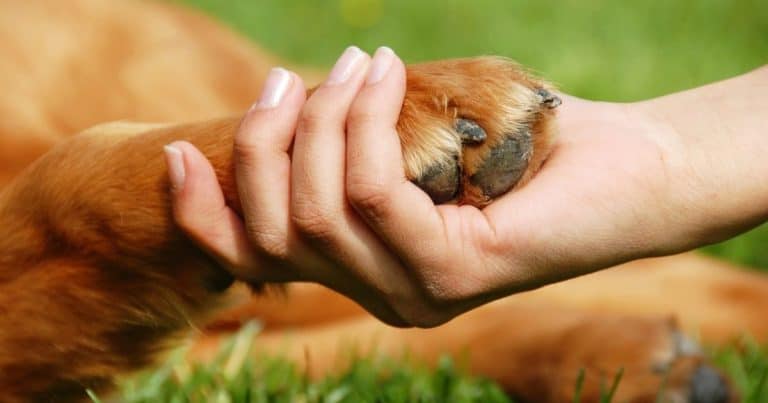 When I found a seemingly innocent-looking lump on my Cocker Spaniel’s shoulder blade, I was shocked to receive a mast cell tumor diagnosis. If you are reading this post, your dog has likely…

“Your dog should lose some weight.” Dreaded words, dastardly in fact, that dog owners dread being dictated at the doctor’s (aka vet). Though humans can make healthy food choices and monitor their indulgences,… 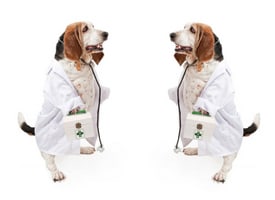 Back in the day I had this crazy notion that I was going to open my own gift basket company. Fast forward to today and I realize that’s exactly what that idea was:…