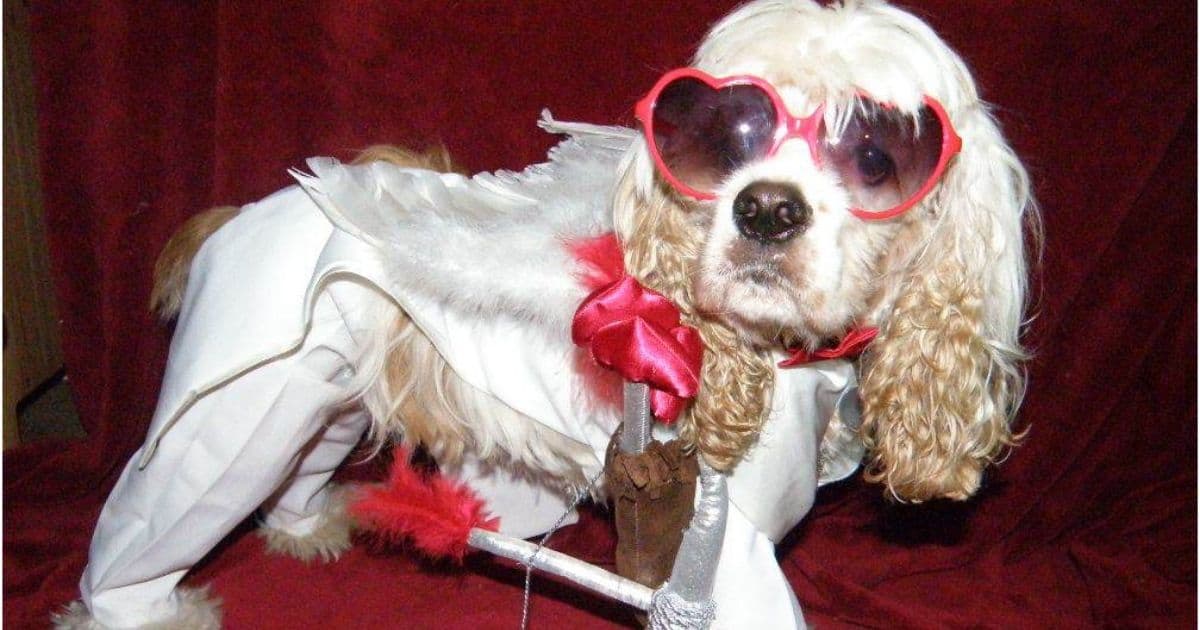 Some call it puppy love, but can dogs fall in love with other dogs? Science has a lot to say about dogs’ emotions and their propensity to love. We also talked to a few pet parents who are certain their dogs love one another. Science tests what happens chemically to indicate a dog’s feelings of love, but pet parents know their dogs best after all.

Since humans first domesticated dogs, we’ve consistently altered them to be social, friendly pets, but can they fall in love? Science says yes. Just ask Dr. Berit Brogaaard who told Psychology Today, “Animals also seem capable of experiencing attachment love for each other.” All of those emotions and complex feelings boil down to one word: chemicals.

When you feel attracted to another person, your brain releases dopamine, your serotonin levels go up, and oxytocin is produced. Those butterflies you feel and the happy sensation tingling up your spine? Yeah, that’s love and dogs experience it, too.

Can Dogs Fall In Love With Other Dogs?

In an article for Psychology Today, Dr. Stanley Coren, Professor of Psychology for The University of British Columbia, says as with humans, dogs have the hormones and undergo the same chemical changes that humans do during emotional states.

Cohen says that like a young child around 2 to 2-1/2 years of age, dogs have emotions but not as many as a grown adult. True affection, he notes, emerges around nine or ten months of age in babies.

It depends on your definition of love, but it appears as though science believes that yes, dogs fall in love with other dogs. Adversely, dogs can also develop a complete dislike for another dog and also grieve when their best friend passes away.

Sticking to the scientific path, I explored the works of Alexandra Horowitz. She is the author of three dog books and the Senior Research Fellow/Head of the Dog Cognition Lab at Barnard College, Columbia University. She spends her life around, with, by, and for dogs.

Horowitz says dogs wear their emotions in their posture, in their face, and in their eyes. She feels one of the best things humans can do is “forget what we think we know about how the breed is supposed to behave and just observe then, treat them as though they have infinite capacity and see what they can do and encourage that.”

Imagine that: dropping all preconceived notions at the door and letting a dog simply be a dog. Try to be inside the dog’s head, she advises, and imagine their world as one full of smells and not just visual images.

Because for them [dogs], olfaction is their primary sensory modality.”

Consider a rosebush, for example, since we’re discussing love. Your dog might walk by a rosebush and be completely uninterested in it. We might find the rosebush to be glorious and aromatic. Why doesn’t your dog take the same visual pleasure in it?

So yes, dogs can feel love but how they show it may be in a completely different way than humans simply because their senses and experiences are vastly different from ours.

Can Dogs Form Friendships With Other Dogs?

Scientists at Emory University in Atlanta, Georgia, discovered that a part of the brain associated with positive emotions was similar in dogs and humans. In his book, How Dogs Love Us: A Neuroscientist and His Adopted Dog Decode the Canine Brain, Gregory Berns, a neuroscientist, says that dogs empathize with human emotions and experience friendships similar to humans.

When the Associated Press called me a few years ago, they wanted to discuss doggy love and canine weddings. I had hosted a doggy gala wedding to raise money for homeless Cocker Spaniels. After all, people love to see dogs in canine couture for a good cause.

“I do believe that dogs can love and be in love with each other,” is what I told the reporter.

I interviewed several pet parents for this piece and asked them to discuss their feelings about dog love. Can dogs fall in love with one another? Here’s what they shared.

Proof That Dogs Can Fall In Love With Other Dogs

The most famous canine couple in Disney history, Lady and the Tramp, is the ideal of dogs who fall in love. Who can ever forget that famous spaghetti strand scene?

“Hank and Holly were fosters. Holly *the brown girl* was here for about 3 weeks when I was asked to foster Hank … it was an immediate love affair. And I do mean immediate,” dog mom, Kaye Rish recalls.

Patti Thomas of Rumford, Maine, has a similar story. “My Jade and Jasper are brother and sister.  They are Boston Terrier mixed with French Bulldog/Xolo mixes. They will be two years old in March.”

Thomas says they were picked up as strays on the side of the road in Dublin, Georgia when they were about four months old. She began fostering them in that year and adopted them a few months later.

“They have always been very bonded to one another,” she says, “Jasper was recently diagnosed with an autoimmune disorder and has been very sick.” They stay by one another through thick and thin.

Breeds and sizes: It doesn’t matter. Just ask Kim Mangrum of South Caroline. Her Pug, Olivia, and her best friend’s Pug, Jaxon, are in love with each other.  They give each other kisses and snuggle together. They can often be found napping together, spooning, or with Olivia on top of Jaxon in a cuddle.  The moment they have reunited after a short time apart, they wag, kiss, and jump all over one another.

Can Dogs Fall In Love With A Person?

Again, depending on your definition of love, yes, dogs can fall in love with a person. Even better, love is chemically evident after dogs and their owners gaze into one another’s eyes. Don’t worry if you or your dog have altered vision. After all, love is blind.

A study at several Japanese universities was published in the journal, Science. Researchers watched 30 dogs interact with their owners for 30 minutes. They then measured the levels of oxytocin in both humans and dogs. Oxytocin is that chemical messenger that creates an attachment between couples and in the mother-child bond.

Amazingly, but not surprisingly, owners whose dogs stared at them the longest had the highest oxytocin levels. The oxytocin levels correlated between the dog and her owner. If an owner had high levels, so did their dog!

Alexandra Horowitz wonders why the question of animal emotions is even posed. In her book, Our Dogs, Ourselves, she writes:

We are trapped on the far reaches of the pendulum’s swing: either assuming dogs are entirely unlike us or assuming dogs are just like us. As wrongheaded as it is to presume dogs to be unfeeling, it is no more correct to presumptively grant them a humanlike emotional life. (Nor must it be somewhere in-between: for all we know, dogs’ emotional experience is far more elaborate than ours.) We glance at dogs and conclude we know what they’re feeling, but our haste to make such conjecture on little evidence — and inability to read a dog’s emotions when they are displayed — is profound.

One of my favorite musings on dogs and love comes from Clive Wynne, a psychologist, and founder of the Canine Science Collaboratory at Arizona State University:

Yes, dogs can and do love people. I created and own the trademark, My Heart Beats Dog®, and I am certain dogs love. They are the best of us when the worst of us lets us down. No matter how many scientific studies are performed or how many tests are run, the love between a dog and her human is unbreakable. Nothing, not even death, can ever break the unique bond of love.

So what do you believe? Can dogs show love to one another? Can they fall in love? Let us know in the comments below. 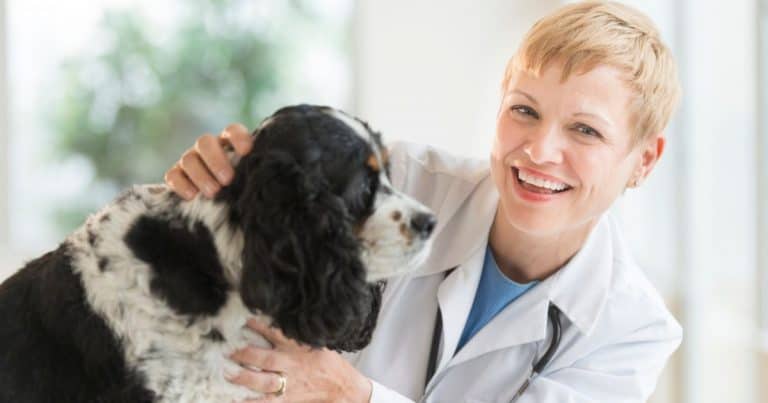 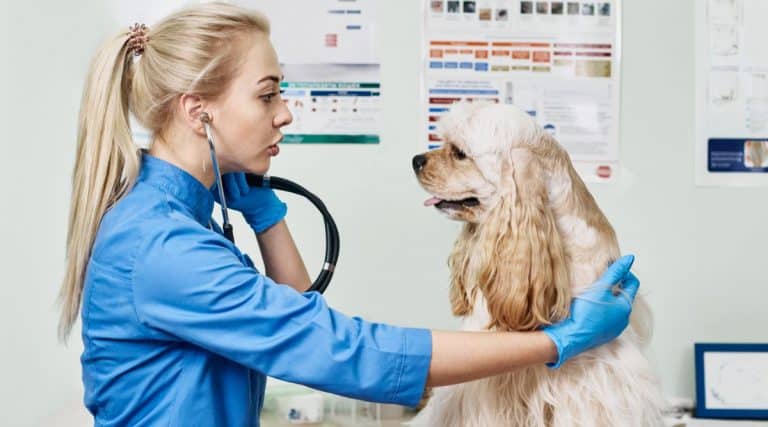 I lived every pet parent’s worst nightmare. The emergency vet near me was at capacity and could not see my dog during a medical emergency. Even now, my hands are shaking as I… 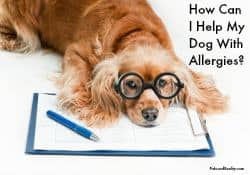 Itching and scratching are as uncomfortable for dogs as they are for you, the dog parent, to watch as your dog engages in these behaviors. There are quite literally millions of articles floating…