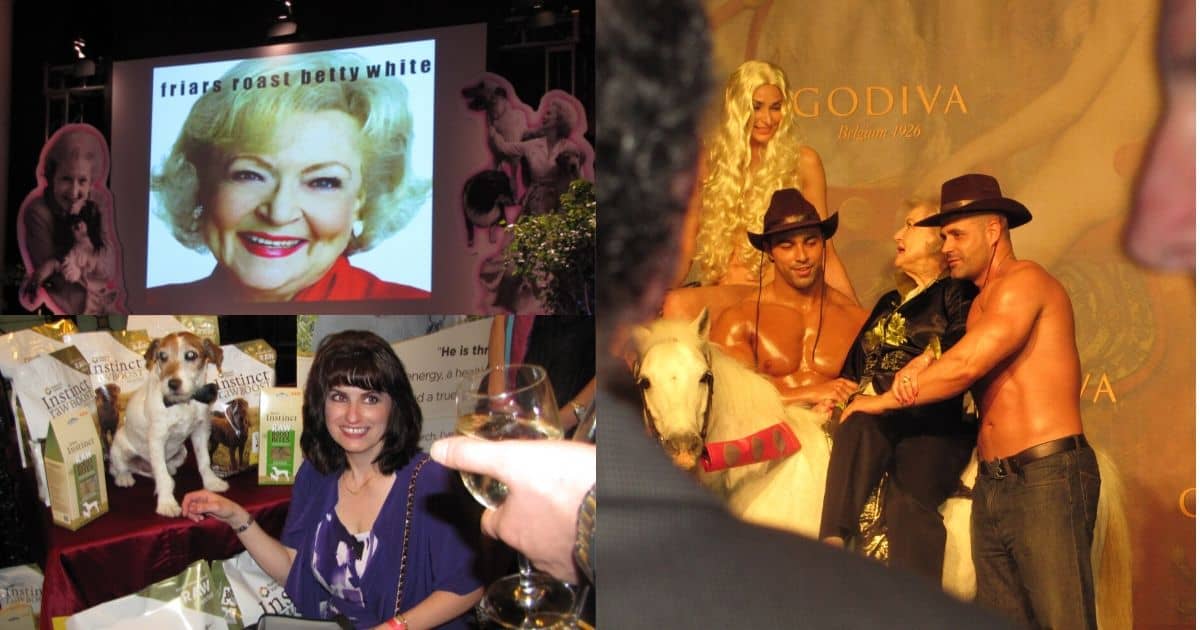 Betty White is an American icon and dog lover of the highest order. On this 99th birthday celebration, I look back to when I was invited to her 90th birthday celebratory Friars Club roast in New York City. I received a ticket as a member of the pet industry, and what a memorable afternoon it was!

Here’s a look back and a behind-the-velvet-ropes peek at who I met, what I saw, and how Betty White was roasted and toasted in May, 2012.

Walking into the Sheraton New York Hotel that sunny Wednesday afternoon, an electric buzz was in the air. I successfully walked by the Godiva all-you-can eat section and literally bumped into a few celebs.

Kathie Lee Gifford and Hoda Kotb pranced by. Barbara Walters was escorted in as toastmaster. Seated on either side of the dais at the head tables, celebs galore chatted amongst themselves and waited for lunch just like me! Truth be told, I was much too excited and internally squeezing to try and eat.

Non-celeb seating was a bit confusing, so not wanting to call unnecessary attention to myself, I helped myself to a table closer to the front. As guests arrived and asked to sit with me, imagine my surprise when Betty’s book agent asked how long I’ve known Betty. I smiled and quipped, “Oh, not too long,” and politely excused myself. I scurried to find the table I was assigned, which allowed an intimate view of the ceremony.

What Happens At A Celebrity Roast

For those of you who grew up in the “roast” generation featuring Dean Martin and other rat packers, you know the barbs and insults hurled at the roastee all in good fun. Everyone these days cracks jokes at the expense of everybody else, but Betty White remained the center of attention.

Everyone in the audience is entertained by those seated near the dais, who each take to the podium to toss insults and garner laughs at the expense of the guest of honor. Without a doubt, some of the best jokes were from the comics in attendance for sure!

How Betty White Made A Grand Entrance

Press from A to Z were snapping photos and interviewing Betty, including a staff writer from Vanity Fair magazine. White told the VF reporter, “I have no idea how this works, so I’m just going to listen and try to be a lady.”

Then, in full regalia, first a Lady Godiva actress entered the ballroom followed by Betty White on a regal pony, with two oiled-up shirtless cowboys on either side. Betty White knows how to make an entrance. After stepping down from her high horse, Betty gently coaxed the animal offstage by announcing, “Get the f*ck out of here,” eliciting a room full of laughter.

Who Said What At Betty White’s Roast

Rather than tell you what the celebs said, I’ve put together a montage of amazing moments from the afternoon. Be sure to look for the clip of Uggie from The Arist, who has since passed away. I did get to kiss him and interview his trainer, Omar Von Muller.

Barbara Walters shared my favorite line of the event, stating, “Yesterday, I was talking to the President of the United States. Today I’m talking to a bunch of second-rate comedians and a dog.”

After the roast, guests are encouraged to mingle, and I quite literally went shoulder to shoulder with famed television host Dick Cavett and actor from tv’s The Office, Oscar Nunez, amongst others.

This was an incredible honor, treat, and experience. Happy Birthday, Betty White, and thank you for all the love and compassion you give to animals.

I can certainly check this event off my bucket list! 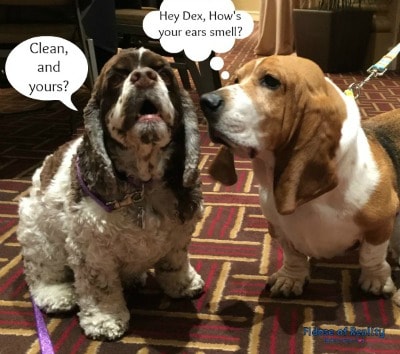 Everywhere you turn these days, some company seems to have a lotion, potion, powder, or “sure thing” to prevent dog ear infections. As the pet parent to a floppy eared pooch for most… 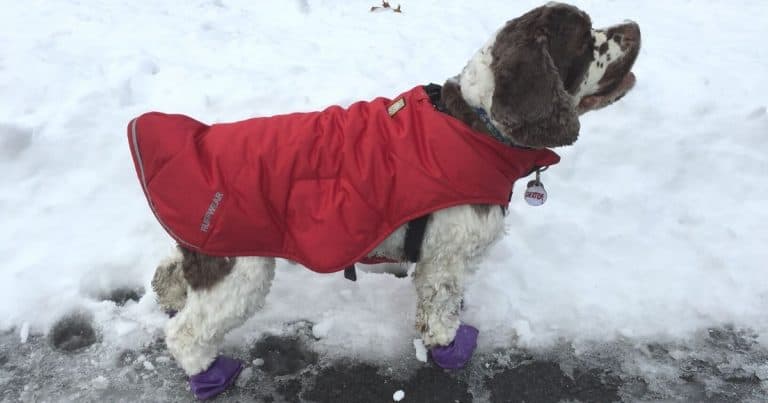 As the temperatures drop, the dog clothes come out. If you are looking for the best dog coats for Cocker Spaniels, you’ve come to the right place. Although Cocker Spaniels have a thick… 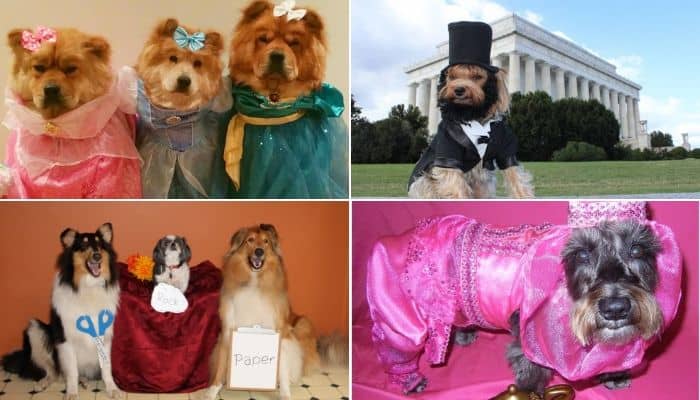 If you’re looking for dog photo contest ideas for Halloween costumes for your pooch, we’ve got 113 winners to share. From funny to spooky, scary to original, big dogs and small dogs and…