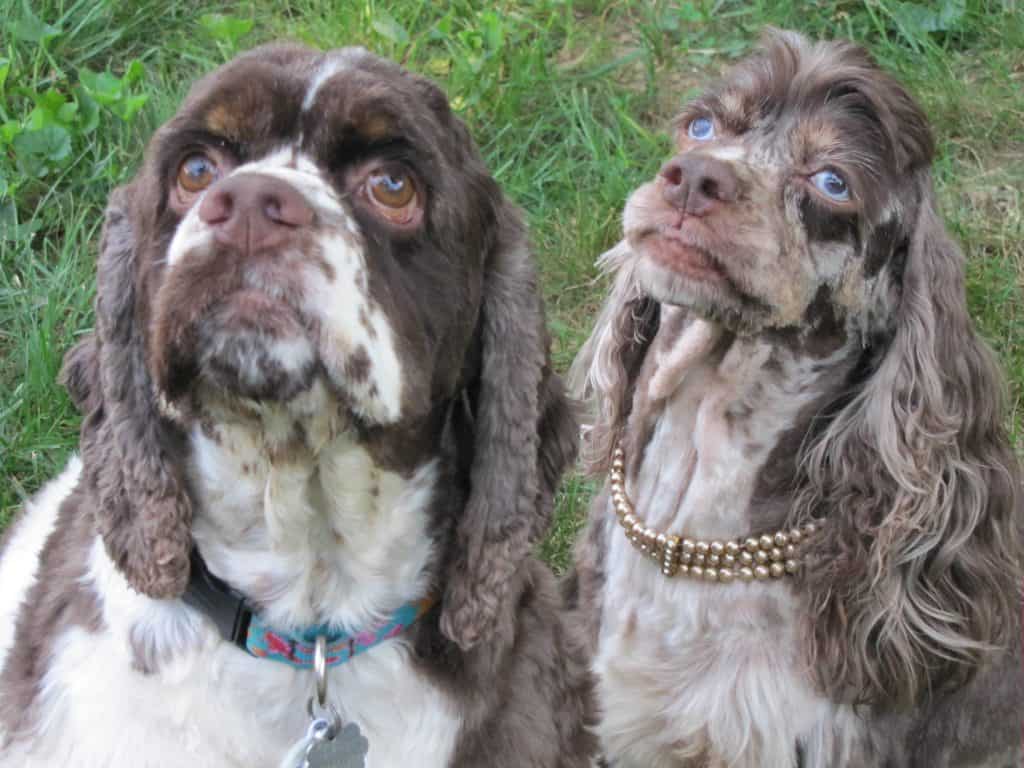 Wigglebutt Wedding is a mere nine days away.  This is one of the most important fundraisers I have even been involved in organized. Most importantly, a breed near and dear to my heart, Cocker Spaniels, will be helped by the funds and awareness this event will receive. The event takes place June 28, 2013, in Stratford, Connecticut, and we have a television crew coming to film us to pitch to a major network, too! Watch for our special press release and blog update this weekend!

Each person who comes to the Wigglebutt Wedding, aptly named for the near-constant butt wiggling displayed by Cocker Spaniels, has donated to the rescue group, Life’s Little Paws. Since the summer of 2012, three of us have been planning every detail from music to food to couture to a weekend full of celebration and dedication. It takes a village for some and for Wigglebutt Wedding, it takes a passion for Cocker Spaniels.

Our sponsors are phenomenal and we have been incredibly blessed and grateful to have the hearts and pocketbooks of pet industry companies, both small and large, involved.

I am dedicating this Wordless Wednesday to Lucy Maloney, creator of the cake topper for the Wigglebutt Wedding. These are more than cake toppers, though–they are works of art.

This is the official unveiling of the cake topper guests and media will see in person next weekend:

An artist working with the sculpture of animals, mostly dogs and cats, Maloney made her first “official” piece of art in 1997. “I have been interested in making dog models since I played with Barbie in the late ’50s. My Barbie had many dogs in her home,” she says.

So how does someone make the leap from dog passion (as millions of us have) to creating closest-thing-to-life-I’ve-ever-seen miniatures? Her late beloved dog, Ted, a Cairn Terrier, sparked her flame. Maloney tried to create an ornament that looked like Ted, using yarn in a wrapped fashion. She loved the result and started making a replica of her parents’ late dog. Using some of her own dog’s hair, Maloney produced a piece so real, her parents were overjoyed. A career was born.

Beyond Maloney’s talent, there are tools of the trade, and like any craftsperson, these are the items that help define the outcome. “With the help of German glass eyes as well as fine alpaca, cashmere, silk, and wool, I bring miniature pets to life,” Maloney says. She knows the miniature is complete when she sees the distinct spark of life in the replica’s eye.

Here, without further ado, are the custom made miniatures that serve as cake topper featuring my Cocker Spaniel, Dexter, and his bride, Zoe.