For the first time in its history, the Westminster Kennel Club allowed mutts into onto their trademark green indoor turf. Indeed, the mutts took center stage along with their purebred buddies this past Saturday, February 8th, as the Mixed Breed category is especially significant, bringing non-purebred dogs to a Westminster event for the first time since the very earliest days of its show.

Mutts unite: Every dog has his or her day and yours has arrived. Fidose of Reality was there with a front-row, ringside view of this first-of-its-kind spectacle gone to the dogs.

“We are so excited to welcome these dogs for the first time ever to Westminster Kennel Club,” Director of Communications and “Voice of Westminster,” David Frei told us during a backstage interview. 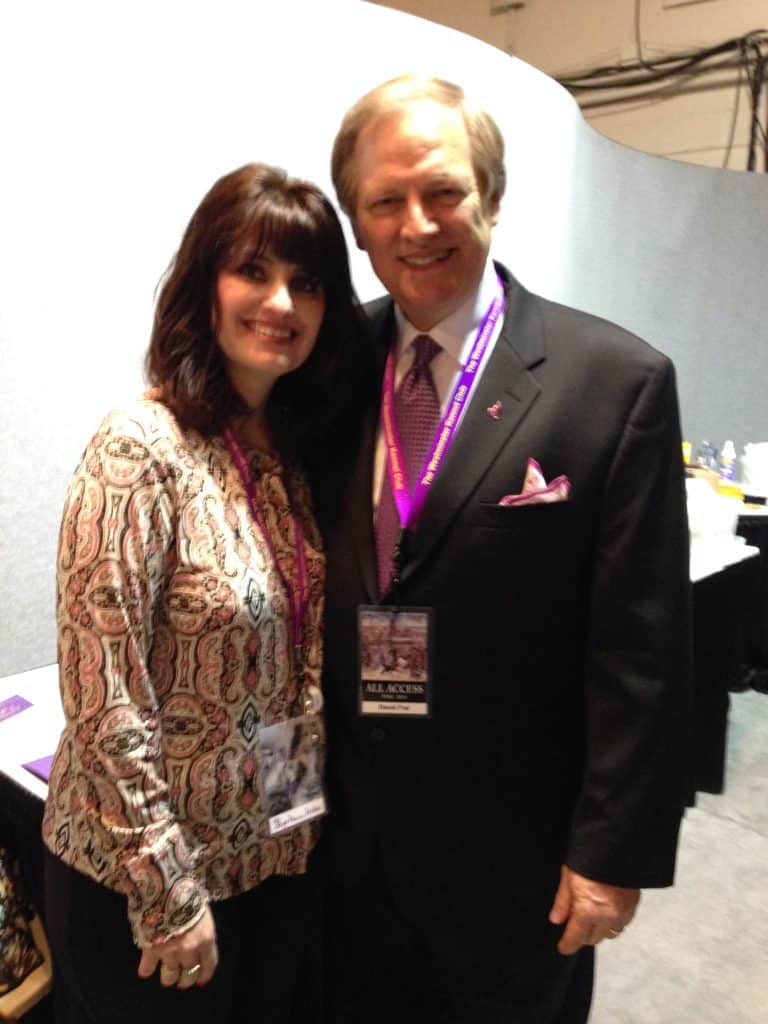 The show was televised live on Fox Sports 1 on Saturday evening, and behind the scenes we found out just what it is about agility that makes its handlers thrive on the sport.

Debbie Johnson has been competing with her dogs for about six years, and she sat in joyful glee as the contestants took to the agility course for the “finals.”

“Handling skills can make or break you,” Johnson reported. “This is a lifestyle I love; it is my passion and I just got hooked.”

Johnson explained the ins and outs, the weaving and bobbing, and just what it takes to be an agility champion as we sat shoulder to shoulder for much of the agility finals at Pier 94 in New York City.

There are seven classes: 4 inch, 8 inch, 12 inch, 16 inch, 20 inch, 24 inch, and 26 inch. The 20 inch is the biggest class. Apparently even the fastest dog isn’t necessarily the one who will win. One wrong slip of the hand, one wrong movement of the shoulder, or one misread cue and it’s done. All that hard work and training and poof: It could be over in a second. As I sat idly but not so quietly in the bleachers, one dog after another was issued a “NQ,” indicating he was out and did not qualify.

Success in agility does require training, but it also requires patience, control, and most importantly a spot-on sense of teamwork between owner and dog. Some of the dogs appeared unified as one with their handler, and those were the ones who stole our hearts.

Obstacles on the course are varied and designed to test a dog’s complete overall training in agility skill set. I learned about a back end jump, which we will profile more and in detail on the Pet360 blog this week, so stay tuned.

Dogs must overcome the following obstacles to complete the course:

Open Tunnel: Considered one of the easiest obstacles, this is a good place for beginners to train.

Closed Tunnel: unlike the open tunnel, which as indicated, is open on both ends, the closed tunnel means the dog must push through the chute, not veer off, and exit straight ahead.

Pause Table: Dogs must leap onto the table, stay for five seconds and await for the owner to give the okay command to proceed along the course.

Weave Poles: Entering to the right of the first pole, dogs focus straight ahead and meander in and out of each pole while hugging the ‘center line’ as close as possible.

Dog Walk: Run up a plank, cross the dog walk, and immediately touch down off the bottom.

Seesaw: Up and down the seesaw we go.

Tire Jump: The dog must jump through the tire and not over it, and we’ll discuss more about agility safety on the Pet360 blog on Wednesday, so stay tuned.

A-Frame: Up the frame and down she goes, while ensuring the contact zones are touched. These zones are clearly delineated with a different color.

Jumps: With regards to the jumps, perhaps one of the most fun and fan engaging parts of agility, the dog must leap over the bar(s) without displacing the hurdle. 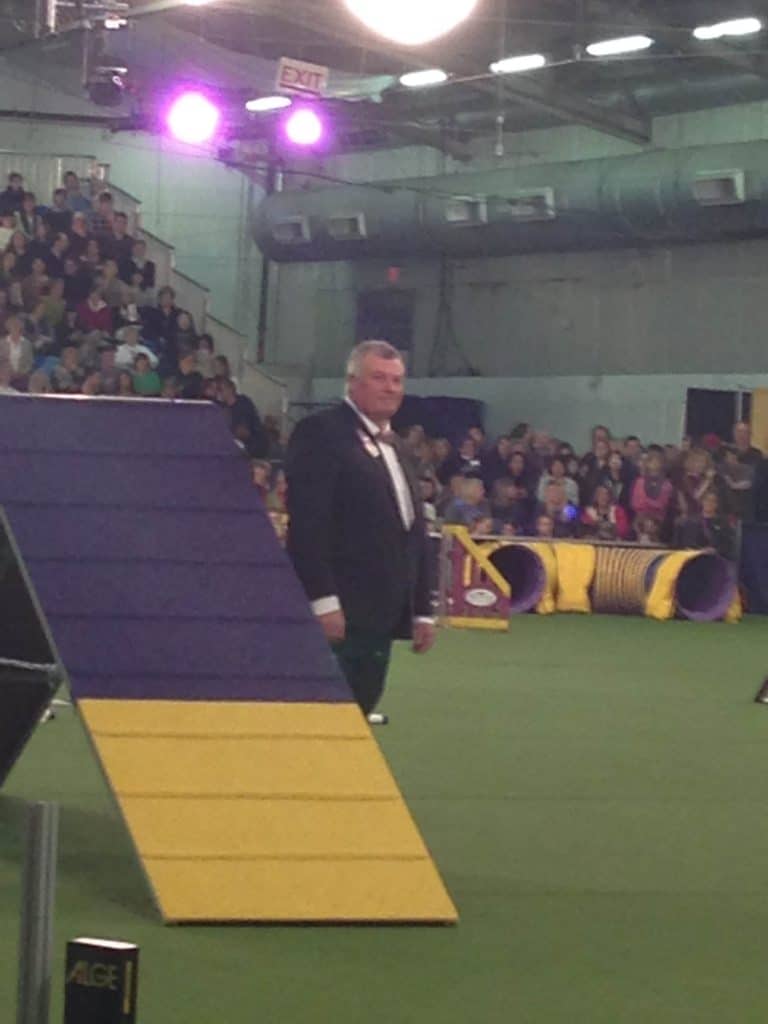 The event was broadcast live on Fox Sports 1. It was co-announced by Greg Louganis (the Olympic diver and dog lover), and this writer went all fan girlie and showed her pride in meeting this American icon.

A Flyball intermission was held at the Pier, which was an enjoyable way to entertain the packed house between qualifications and finals.

In the end, two dogs were awarded: A Border Collie named Kelso rocketed to a win in the Westminster Kennel Club’s new agility competition Saturday night while a Husky mix named Roo! took the title given to mixed breed dogs at the show.

Roo!, ironically was so high strung that she was adopted and returned to an animal shelter several times before landing with dog trainer, Stacey Campbell. The duo has been together for about seven years, and judging by the barking of Roo! on Saturday night, the two were flying high with the win.

A lot of rescues enter agility, according to my Debbie Johnson, and you are most likely to see a Border Collie racing to the top. Saturday night was no exception, and it is true that every dog has his day. Rejoice mutts, you’ve had yours.

Did you watch the agility? 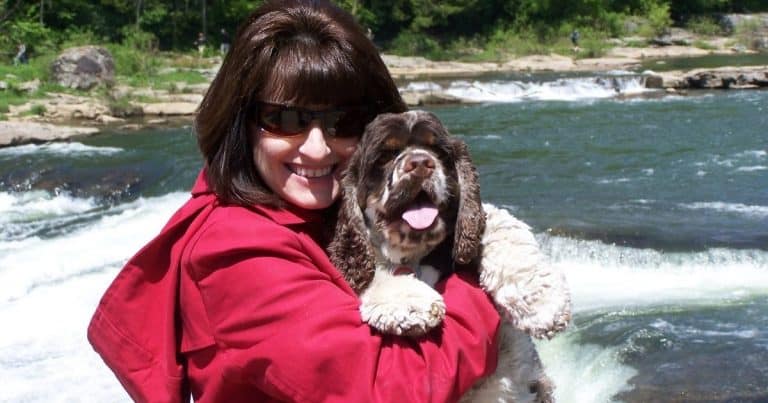 Dog mom quotes are hard to find in one location, especially really good dog mama quotes. We’re changing that with this post. One of the greatest and most unconditional relationships in life is… 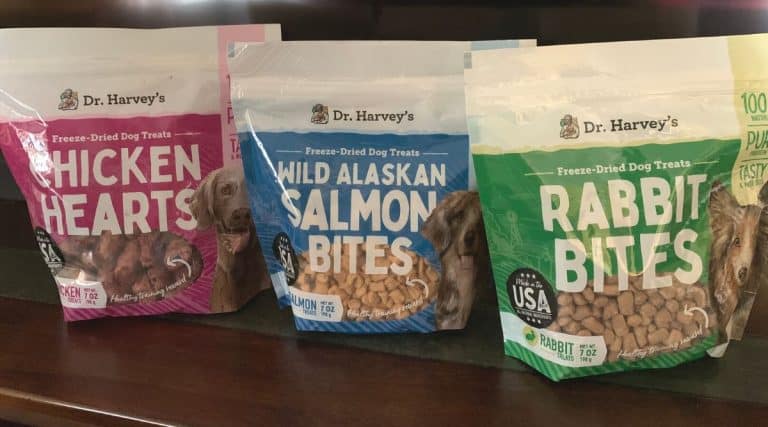 Freeze-dried dog treats are among the most popular and prevalent types of products to give your pooch. By freeze-drying treats, the moisture is removed, and your dog enjoys a raw or minimally-processed high… 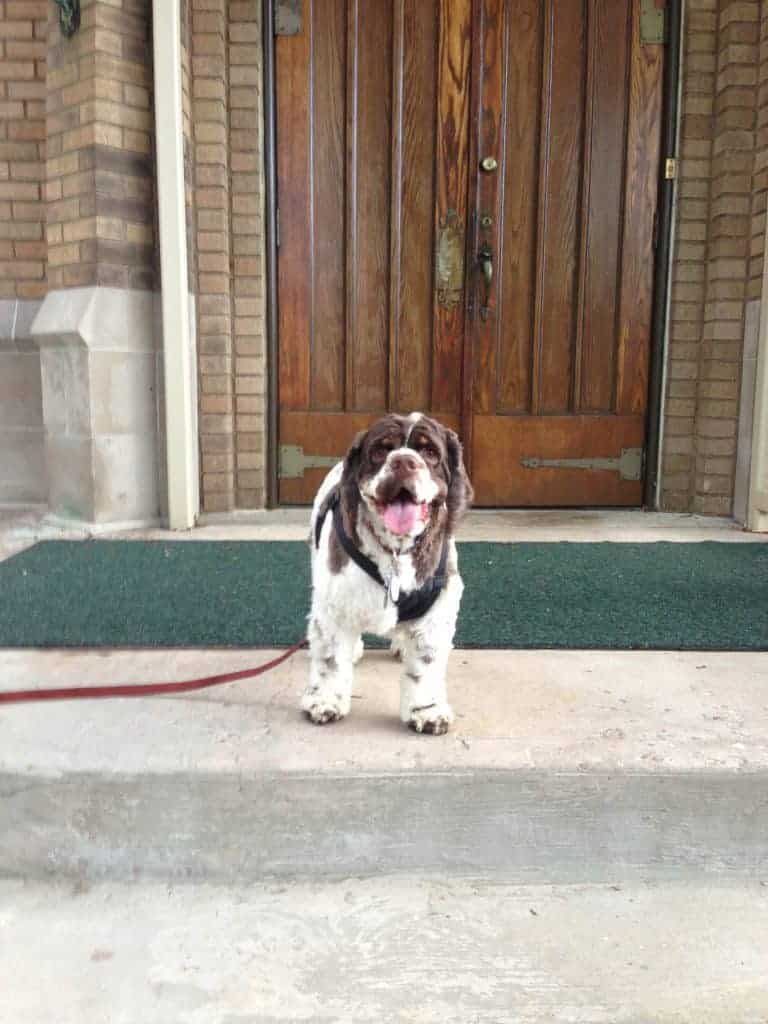 Jesus Christ would not approve of a childless marriage. God doesn’t want me to have a dog. Which of these two statements do you believe Pope Francis said during a daily mass this…