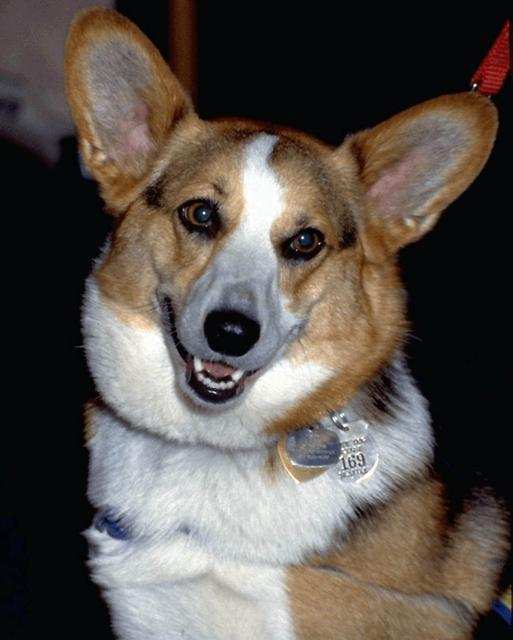 Royal fever has gone to the dogs! Her Majesty is famous for the love she has for her two favorite corgis Holly and Willow. She is often pictured with them and  likes to take care of them herself. They usually accompany the Queen to her various residencies and are, on rare occasion, left to the cares of Her Majesty’s staff. The Queen has been very passionate about her Corgis since she was a child. Her first ever corgi was called Dookie. At that time Princess Elizabeth, together with her sister Princess Margaret were seen to feed Dookie from a dish that was held by a footman. Since the Queen has been in reign, she has owned 30 Corgis. Corgi lovers, no doubt, love following the pomp and circumstance of the Queen and her canines.

Her Majesty’s corgis are famous all over the world. They have been painted on many pictures and have also been the subject of various statues. For the Queen’s Golden Jubilee, a crown coin was made with the picture of the Queen and a corgi.

Even though Kate gave birth in July of 2014, she became a ‘’mother’’ long before that. In February 2012, Kate received a 30th birthday present from William and that was the dog Lupo. The charming Cocker Spaniel soon became famous as he was pictured with his owners nearly everywhere. Lupo even got the title by Tatler magazine ‘’the 50th most fascinating person in Britain’’, which is quite funny since he is not really a person. For comparison William and Kate were respectively 15th and 16th in that same chart.

Of course being a royal dog has its many benefits. Lupo attends many restaurants with his famous parents where he enjoys eating everything that gets dropped off the table. Lupo even had the luxury of chewing the expensive furniture in Kensington Palace and their Anglesey home when he was growing up. Interesting fact is that Lupo is trained to hunt, which means he is an actively working dog. He is affectionate, friendly and very loving and also needs a lot of exercise to keep fit and active.

Crown Princess Mary of Denmark and her dog Ziggy

Ziggy is a pure breed English Border Collie and she was very carefully selected in order to be able to fulfil her very demanding role as a royal dog. The Danish royal family simply loves their cute pet and Ziggy has been an inseparable part of all the family photographs and special occasion photo shoots like Crown Princess Mary’s 40th birthday. The Crown dog Ziggy is great companion not only for Mary but for the whole family. The kids love to play with her and very often they take her on lengthy walks.

If you are looking for more fun news about the royal pets, check out Royalista.com for news and pupdates!

These dogs are really adorable and they truly deserve the royal life they are living. Do you know of any other famous royal dogs? I can add to the list my little baby Sushi who is not royal, but leads the life of a princess. Is your own pet treated like a royal too?

This guest post from Niki Smith, a writer and editor who works in the retail industry for brands including Ford, Bayer and Expedia.