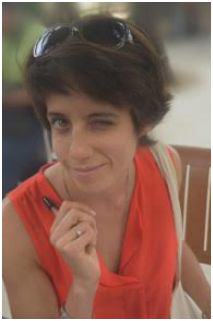 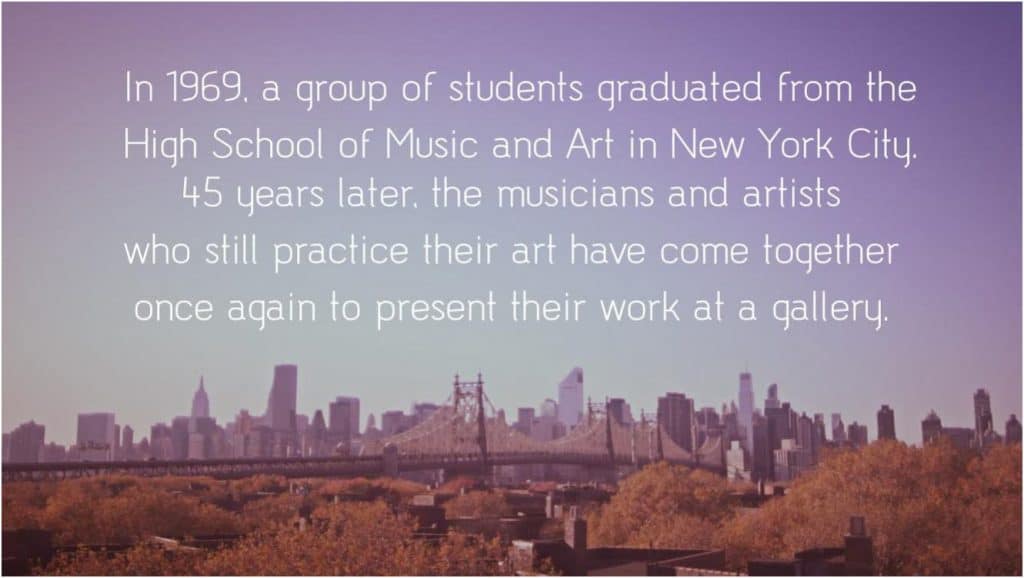 Diversity is the word of the day….or perhaps it is equality. Today, and always Fidose of Reality celebrates marriage equality and what happens when love wins. Well, we discovered another winner in the diversity landscape, and here’s something not to miss this weekend.  Pure love is on tap.

The official videographer of Wigglebutts Uncorked has a passion project airing this weekend on PBS.

In November of 2013, thirty-six former high school classmates of more than four decades before came together in an unprecedented move to participate in a group art show, made unique by their diverse ethnicities, religions, socioeconomics and life experiences, but made common by an institutional creative process of nearly a half century before that took place in New York City’s High School of Music and Art (now named LaGuardia School of the Arts) against the backdrop of the civil rights and women’s rights movements and the Vietnam war.

Audrey Black says, “No one ever told me it was odd to be up late at night on top of the Empire State Building at 1 am helping my parents install signage on the observatory, or strange that I felt just as comfortable sleeping on a couch in the lobby of a building they were working in as I did in my own bed. Laughter was always abundant regardless of where we were or what we were doing, and what I did learn through growing up and watching my parents build their dream was that no problem is ever too big to lose you spirit, and that you should always aim to work to live, not live to work.”

She says what is inspiring to her about this group of people is that over so many years they have stayed such a close community, and what she finds particularly remarkable is how so many of them have remained artists.  In fact, she reveals, the combination of the time in history in this country, 1965-1969, the time in their lives as high schoolers, and the fact that they all were creating art and becoming artists and musicians is a unique set of circumstances that has led to a bond with this group of people.  She had ever really seen or thought was possible amongst a group of high school students.  It’s pretty remarkable, Audrey reports, and she is so honored to have had the chance to capture this moment for them and to have had the creative freedom to create this film.

Why She Got in Video Production

I learned everything I know about video production while living in Playa del Carmen, Mexico.  I lived there for 4 years, after falling in love and moving there on a whim in 2010.  I didn’t know at the time that the person I moved down there to be with was also a very talented video producer with a 10 year career behind him.  Once I saw what he did I wanted to learn, and so I got hold of a camera and started working with him almost immediately.  During my first two years there I spent them with my (now) ex boyfriend traveling around Mexico with a producer from Televisa Network, while we filmed and editing a travel show once a week that showcased all different aspects of culture in the Yucatan peninsula, from Mayan villages jungle with no electricity, to the finest hotels across the region, and even under water filming the coral reefs of Cozumel.  We then branched off and did work for another 2 years on our own, and I moved back to New York last April to build  up the company here in NYC.   It was a baptism-by-fire education in life that has turned into a career in video production.

Where You View the Special

Be sure to visit PureLoveFilms for more details and to get further information. The produced using Audrey’s corporate video production company, Cinealpha Video Production. 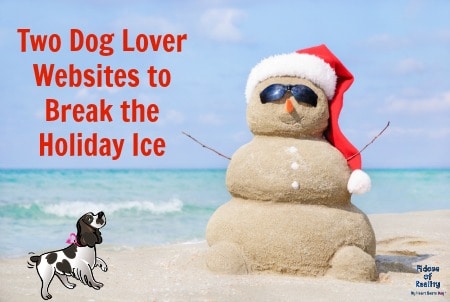 Hello dog lover: Looking for something cute to do? As we approach the holiday season, dog parents will be playing with their new electronic devices received as holiday presents.  While gathered round with family… 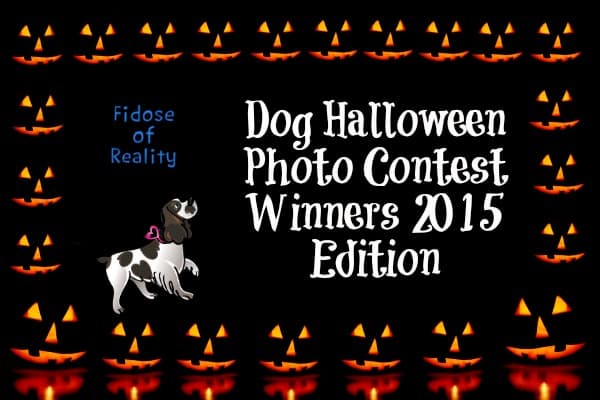 The winners of the Fifth Annual Fidose of Reality Dog Halloween Photo Contest are in. This was one of our most popular contests to date, and you all outdid yourselves. From adorable chefs… 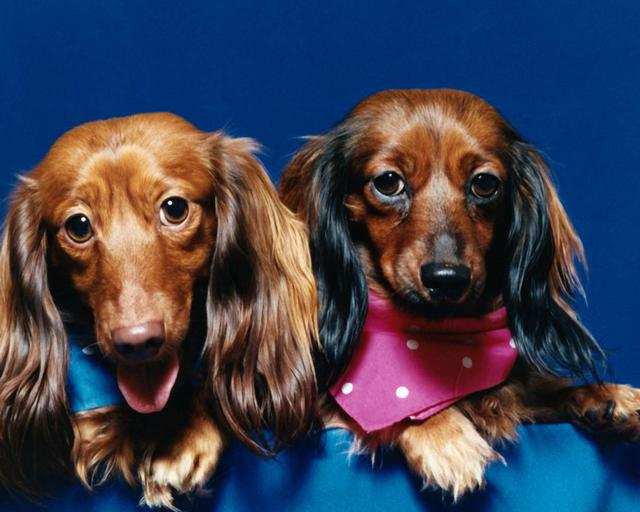 Did you ever wonder why small dogs seem to live longer than their larger canine counterparts? While some factors are beyond the control of dog moms and dog dads, there are other things…