I have pride. Across this great nation throughout June (and in many parts of the country all summer long), a celebration of pride for those who identify as L, G, B, or T is taking place. For the first time in my life as a blogger, I am free to share my joy and celebrate publicly. Indeed, it is pride month and we are celebrating, educating, and rejoicing with a giveaway from a pride-filled dog treat company! Keep reading.

In his Presidential proclamation, President Obama writes, “Across our Nation, tremendous progress has been won by determined individuals who stood up, spoke out, and shared their stories.  Earlier this year, because of my landmark Executive Order on LGBT workplace discrimination, protections for Federal contractors went into effect, guarding against discrimination based on sexual orientation and gender identity.  The Federal Government is now leading by example, ensuring that our employees and contractors are judged by the quality of their work, not by who they love.  And I will keep calling on the Congress to pass legislation so that all Americans are covered by these protections, no matter where they work.”

What it Really Means

One word holds such powerful meaning: Stonewall. Gay Pride Month takes place each June to honor the 1969 Stonewall riots in Manhattan. The Stonewall riots were a tipping point for the Gay Liberation Movement in the United States.

You can read all about the historic Stonewall riots here, but the bottom line is this: Many believe this was history’s first major protest on behalf of equal rights for the LGBT community.

The South is About to Rise Again

And not in a good way. Later this month, The Supreme Court will issue its decision in a case that would give rights to same-sex couples in the United States and guarantee they have the constitutional right to marry.

I live in a state where same-sex marriage is legal. After 21 years with the love of my life, we wed on June 12, 2014. As of this writing, 37 states plus the District of Columbia legally recognize same-sex marriage. In the remaining states same sex couples may not wed. Same-sex couples who wed in states where it is legal may not return to states where it is banned and expect the marriage to be recognized.

In scary news, authorities with the Southern Baptist Convention recently revealed they will reject any ruling by the U.S. Supreme Court that affirms same-sex marriage. Reject it is one thing. They plan to act on it in a disorderly fashion.

According to the Atlanta Journal Constitution, “The nine SBC pastors at the morning press conference made clear that the scripture’s teaching on marriage is not negotiable, and that, if necessary, they will be willing to break the law in order to follow their beliefs.”

They are referring to their reaction as civil disobedience.

Specifically, they “deny that the effort to legalize “same-sex marriage” qualifies as a civil rights issue since homosexuality does not qualify as a class meriting special protections, like race and gender; and be it further.”

No matter what religion you follow or tenets of belief you adhere to, a religious book does not belong in a courthouse. Laws and basic human rights have zero to do with religious teachings.

On a Dog Blog?

There are thousands of reasons that same-sex couples need that piece of paper giving us the same rights as those who are currently allowed to wed have.

Read all about why LGBT Dog Parents Need This Piece of Paper here.

So many have died fighting for LGBT rights.

So many have died from bulliying.

So many have died because they are different and were harassed, fired, demeaned, demoted, demoralized, and shunned.

My God would never embrace any of this. My God is loving and full of kindness and acceptance, especially with two consenting adults.

Thank you to all the companies who care and all of our straight allies who celebrate Pride this month and all year long.

Human Rights Campaign Foundation’s 2015 Corporate Equality Index is the national benchmarking tool on corporate policies and practices pertinent to lesbian, gay, bisexual and transgender employees. You can read all about the HRC’s index here. 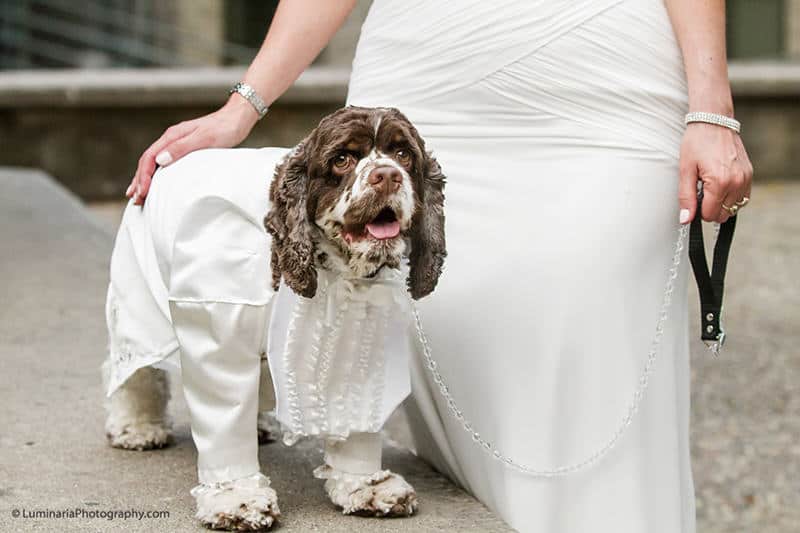 Meanwhile, Fidose of Reality is bestowing its Pride Pawer accolades on the SMARTCOOKEE Company.

Kelly and Robert Ison, along with Chief Tester, Abbey, their West Highland White Terrier, embrace pride month and have come out in support of it.

I met founder, Kelly Ison, on a Facebook group, and I soon realized she shared a connection for love of dogs, a great business sense, and treats her dog like a member of the family. Just like me.

SMARTCOOKEE Company treats come in four varieties: PB’N Jelly Time; The Great Pumpkin, I Yam What I Yam; and Peas and Carrots, the latter of which I am told dogs who are accustomed to treats with processed sugars and flavors tend to love. We encourage you to try some of this wholesome goodness out on your own dog.

One lucky Fidose of Reality fan will win a gift pack of SMARTCOOKEE Pride treats for their dog, and it might be YOU!

THE GIVEAWAY IS CLOSED. THANKS TO ALL WHO ENTERED. RANDOM DRAW WINNER IS: Jean Dion!!!

A dog lover of the highest order is how Gayle King introduced Carol Bryant, when she appeared with her Cocker Spaniel, Dexter, on Oprah Radio’s Gayle King show to dish dogs. Carol created and owns the trademark, My Heart Beats Dog® and lives that mantra. A 30-year veteran of the Cocker Spaniel world, she is President of the Dog Writers Association of America (DWAA) and a frequently sought-after media contributor with over 15 years’ experience writing and blogging about Cocker Spaniels, dog trends, dogs, and the pet industry. She co-authored Pet Blogging for Love & Money and is the 2020 DWAA winner for Best Dog Blog.