She has her own closet and wardrobe. He has a professional photographer take exclusive underwater shots during a swim session. Oh, and she has been on Oprah, Good Morning America, Martha Stewart, and The Today Show. These references belong to refined Fidos whose owners have replaced champagne wishes with designer dishes. Lifestyles of the rich and furry is here.

Rob and Doreen Chilton of Chester Springs, Pennsylvania, describe their relationship with Bailey, their 3-year-old  Cocker , as one of love and trust. “Everyone tells us we are over the top with this dog. Our vet told us if there is reincarnation, he hopes to come back as our dog,” Doreen Chilton admitted.

What makes the Chiltons so unique? When Bailey preferred sleeping with the couple instead of on his own dog beds, they purchased a king-size bed for extra leg and paw room. It is rare that he is left alone, but when he is, an Internet security camera tied into their iPhones allows for private viewing of their bustling boy. Doreen reported, “We had a landscape company come in and cut trees, grade, sod and fence a 3,000 square foot yard for Bailey.” He uses an indoor swimming pool, so the Chiltons hired a professional photographer from North Carolina to take underwater photos.

From pool to island, Darsey Mitchell of Hilton Head Island, South Carolina, knows what it is like to spoil her pampered pooch. “Millie has her own walk-in closet and designer luggage complete with garment bags for her clothes,” Mitchell said. “Oh my dog, she has more clothes than I do, even a 200-piece hairbow collection.” What does  Yorkshire Terrier Millie do with all those clothes? She recently started modeling for a renowned doggy designer and was just in her very first runway show. Is it called a dogwalk when she sashays?

Millie is pampered from head to paw. Mitchell gives her frisky Fido doggy manicures complete with floral decals and rhinestones for special occasions, including doggy meet-ups with “fur-ends” across the country. Dog devotion indeed: Millie has her own yearly calendar, which friends and family place orders for months in advance. Millie, you go girl!

Did someone call for the ultimate doggy diva? Carol Gardner and her English Bulldog reside in Portland, Oregon. Having appeared on shows like Oprah and Good Morning America, Zelda has won the hearts of millions worldwide. “Zelda’s closet is actually a warehouse. We started out with racks of her clothes in our house but quickly outgrew the space. Now even Zelda’s wigs are boxed and tagged. The bizarre part is that Zelda has crates filled with tiaras… doesn’t every princess?” Gardner conveyed.

As a model (of Hallmark cards and calendar fame), Zelda’s wardrobe needs are definitely over the top. In this warehouse, outfits in tribute to Mae West and even Martha Stewart lie in wait. Gardner would not have it any other way. “Basically, I work for and spoil my dog, Zelda. It is Zelda’s house, her car, her office, her staff, her schedule, her pedicures, her tummy rubs. I am her hired help,” she said.

Ada Nieves of New York City prides herself on her  Chihuahuas . “My Chis run the New York City Chihuahua meet-up group with more than 800 members. We have monthly gatherings, like Chi-lloween (Chihuahua Halloween) and Chi-Dinner (Chihuahua Thanksgiving Day).” Cinnabon, Vanilla, Tequila, AKC Champion Tabasco, Mojito and Margarita are city dogs to the core, a lifestyle that includes shopping excursions, eating in restaurants, traveling with their mom and all six working as professional models. Some have even appeared on the Martha Stewart Show and Conan O’Brien. In addition to their television appearances, the Chis have “steady jobs,” like modeling for Ralph Lauren dog clothes and features in advertisements for Reebok and Cole Haan. 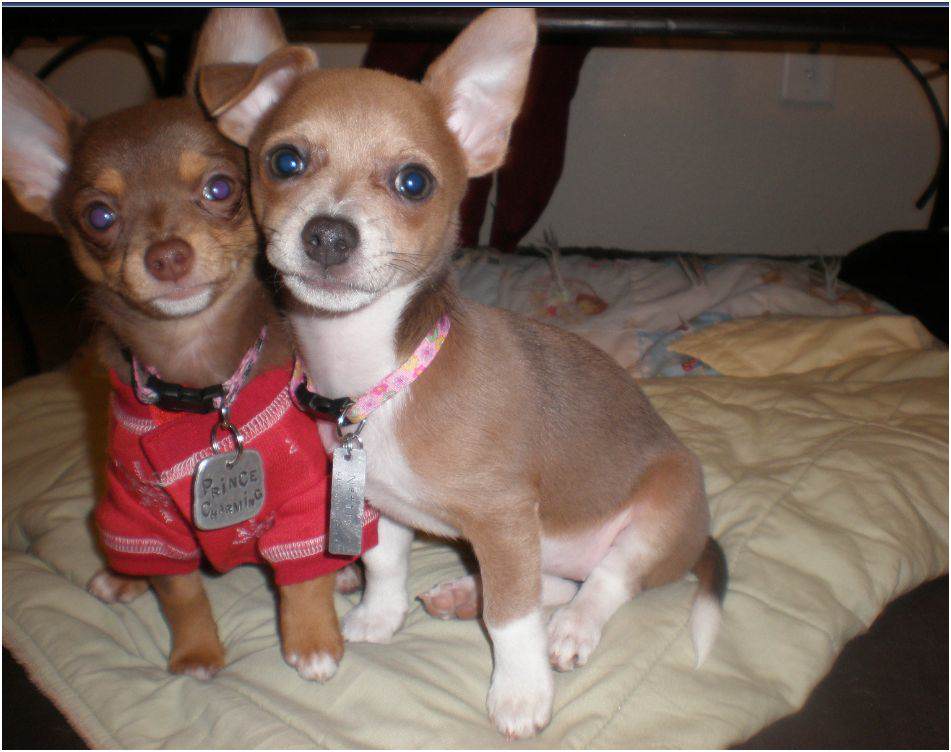 Though some might consider the costumes her Chis wear as extreme, Nieves said, “They wear gowns, tuxedos and accessories like sunglasses and jewelry.” Not just pretty faces, the popular Chis give back. Nieves reported, “They love to advocate for  rescuing animals , helping in the  adoption of hundreds of Chihuahuas through the monthly meet-up group.”

Over the top and anything for their dogs, these fur examples are representative of many who spoil their dogs, whether with an extra biscuit after supper or a seven day cruise across the oceans. Our dogs are living like kings and queens, and we love every single furry minute.