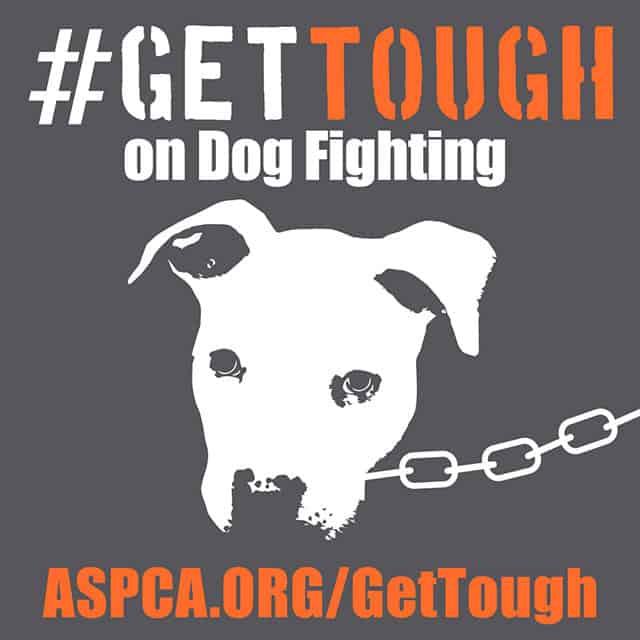 Michael Vick. To dog lovers, the name immediately sends chills up the spine.  The 2007 indictment of Michael Vick led to historic changes in the animal welfare field and the nation’s perception of dog fighting. According to the ASPCA, Michael Vick was fully involved in a six-year pattern of illegal activity that included dogs being savagely electrocuted, drowned, and beaten to death. We promise not to show you any images of these horrific acts of violence. Yes, he is a dog fighting piece of scum.

The closest I came to really understanding what happened to those dogs came when I was guest on a televised pet segment in New Jersey a few years ago. The guest ahead of me was senior editor at Sports Illustrated, Jim Gorant and author of the book, The Lost Dogs: Michael Vick’s Dogs and Their Tale of Rescue and Redemption. You can watch the interview below. My dog, Dexter, and I were the next guests on the show:

Sadly, dog fighting is a regular occurrence throughout the world and it isn’t reserved for any one specific breed, although the “bully” breeds seem to get the most media attention. Dog fighting is a felony in all 50 states but it is ongoing. According to the ASPCA, two major raids occurred in March and August last year.

Years and years ago, I would read stories like this and shake my head, try not to think about it, and hope and pray for the day it would stop. Realistically, shaking my head and turning away isn’t going to make it stop. So what can I possibly do as one person to stop torturers and abusers of animals in the dog fighting world?

I am a Wigglebutt Warrior and I have had enough. I write. I educate. I talk about it: To you, to others, and to anyone who wants to make a difference in the lives of animals. Knowledge is power. I’ve learned that educating people helps turn the tide. If enough people are educated, the tide washes over hate and will prevail to goodness. Karma and all that.

Remember Oogy, the dog who was used as “bait” in the dog fighting ring? I was privileged to spend a few hours in his presence one summer afternoon and was forever changed. You can read about my experience with Oogy here.

In conjunction with the ASPCA, I am helping to get the word out about actionable steps all pet lovers can take against the hate that is dog fighting. Some people believe dog fighting happens in impoverished areas or is estricted to a specific class of people. Neither is true. Here are actionable things you can do to STOP dog fighting. At the end check out a giveaway that one Fidose of Reality fan will receive and help get the word out even more.

1 Ask the Department of Justice to #GetTough on dog fighters by creating harsher sentencing guidelines. Simply fill this quick form out and let the the DOJ know that you support prosecution of this horrific form of cruelty: http://bit.ly/1HxeMSL

3 Visit the ASPCA’s Fight Cruelty section to find out more about the ASPCA’s work to end dog fighting. Read about recent dog fighting raids and rescues, as well as facts about pit bull cruelty and breed specific legislation: https://www.aspca.org/dogfighting

4 Take a photo of your dog with the digital poster you can print, like Dexter is showcasing here and then share it high and low: 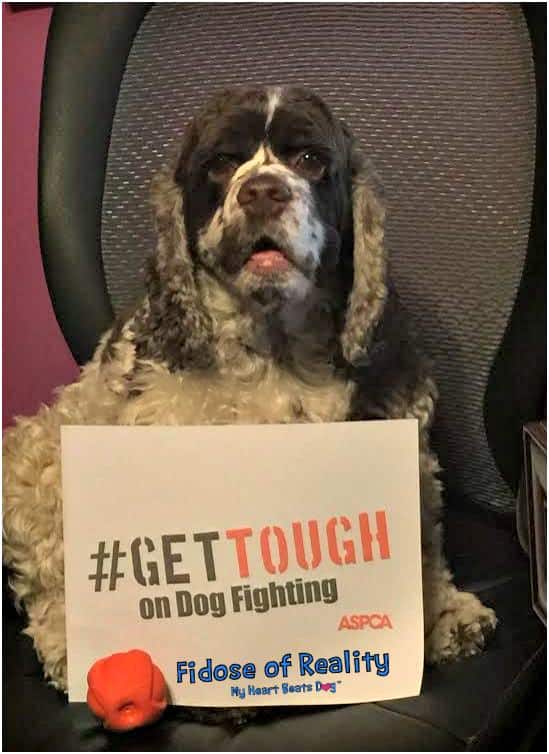 Giveaway: One person in the US or Canada will win a #GetTough on Dog Fighting pack, including:

Our winner drawn at random by Rafflecopter is: Rebecca Luedke! Congrats!

Scroll down for means of entry and good luck! Canada and U.S. only with complete rules here. 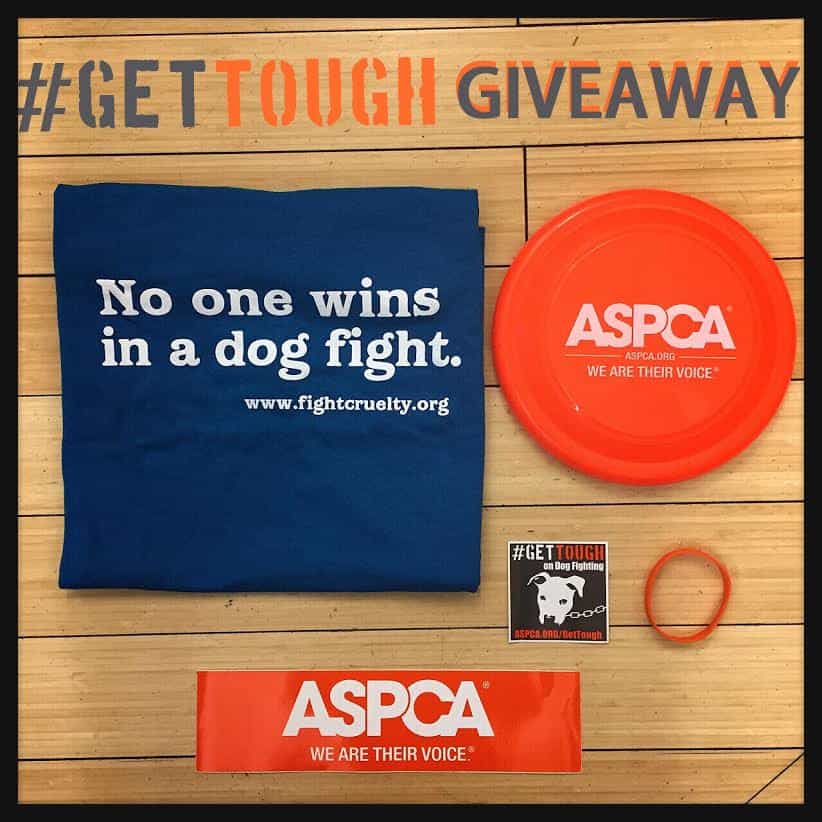 Note: We are not being compensated for this news or giveaway. We want the scums of the world who do these horrible things to dogs to stop and be prosecuted to the fullest extent of the law.

Here are some pet bloggers, who no doubt, want dog fighting to stop: 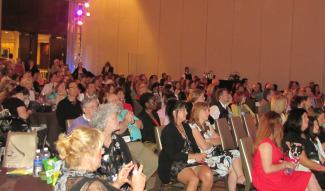 Ever dream of getting your business noticed? Making a drastic change in one’s career is something that many dream about: I know because I was one of those people. I always wanted to… 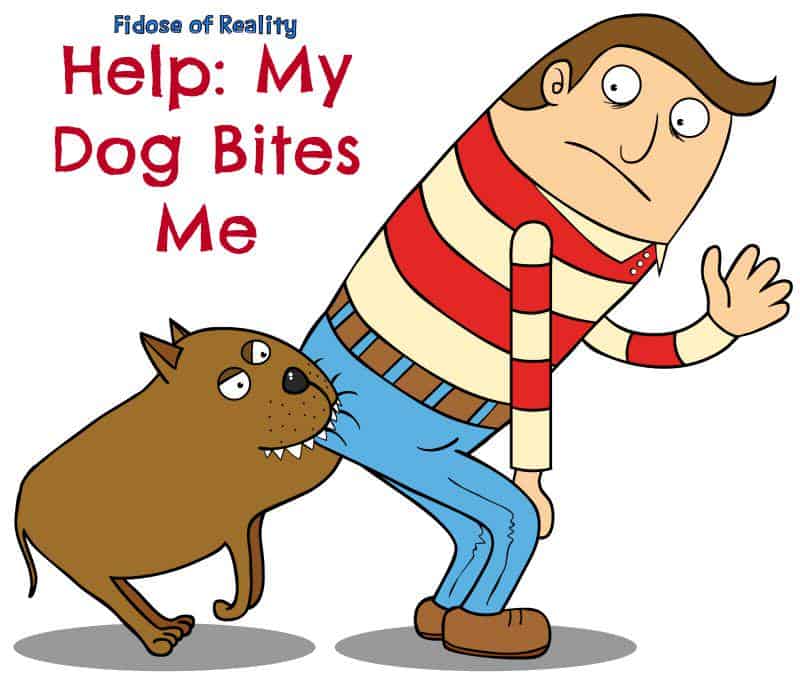 Help: My dog bites me. It just started and I didn’t do anything to cause this. What do I do? Throughout my decades of being a dog parent, most often I hear this…

Labor Day weekend is here, so with a long weekend ahead, we are dedicating this blog post to dogs who labor, er, at least who labor with carts, in, around, or utilizing carts…