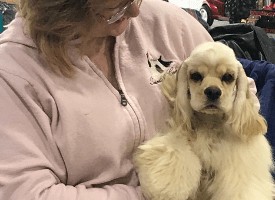 Question: What do you get when you cross a dog show, turkey, America’s foremost expert on all things canine, a former top-tier pro tennis player and renowned journalist, with a well-known television personality?

Fidose of Reality always takes you backstage behind the velvet ropes for a sneak peek into things you don’t see or hear on television. Grab your favorite pooch, be thankful for dogs in general, and let’s jump right in.

Who Hosts The National Dog Show?

The National Dog Show Presented by Purina® will be hosted by award-winning TV personality, author and Broadway star John O’Hurley (“Seinfeld,” “Dancing with the Stars”). Returning to offer expert analysis is American Kennel Club-licensed judge David Frei, who has officiated at dog shows worldwide and, alongside O’Hurley, has co-hosted the competition since its inception in 2002. NBC Sports correspondent Mary Carillo will report from inside the show ring, and former U.S. Olympic figure skaters, Tara Lipinski and Johnny Weir, will offer behind-the-scenes access as digital contributors.

During an exclusive media conference call, we heard questions from CNN and several other news outlets being asked of the dream team that is Frei-O’Hurley-Carillo. When it was our turn to ask, we lobbed out this query: What dogs share your lives?

Mary: As the owner of two terriers, Mary is a lot like the breed.  Their personality is busy, animated, and happy to be on the planet.

John: Three dogs share John’s life. First, there’s Sadie Mae, a Cavalier King Charles Spaniel and a cousin of David Frei’s Cavalier (same breeder). Thanks to David’s influence, John also has a Havanese, whom he dubs a wonderful family dog. His latest addition is Charlotte, a mixed breed that welcomed herself to John’s life in the most cuddly of ways. While John was at the opening of an animal shelter in St. Louis, the pup burrowed itself into his jacket. By the end of the press meet and greet, John opened his lapel and asked if anyone wanted to go to Beverly Hills. He says Charlotte has “changed the energy in our home,” with a laugh.

David:  America’s top dog shares his life with a Cavalier King Charles Spaniel and a Britney Spaniel. Of the latter, Frei chuckles that she’s a bird dog who grew up in a Manhattan high rise. His Britney’s idea of a game bird is a pigeon!

“Dogs have made my life something special,” he muses. 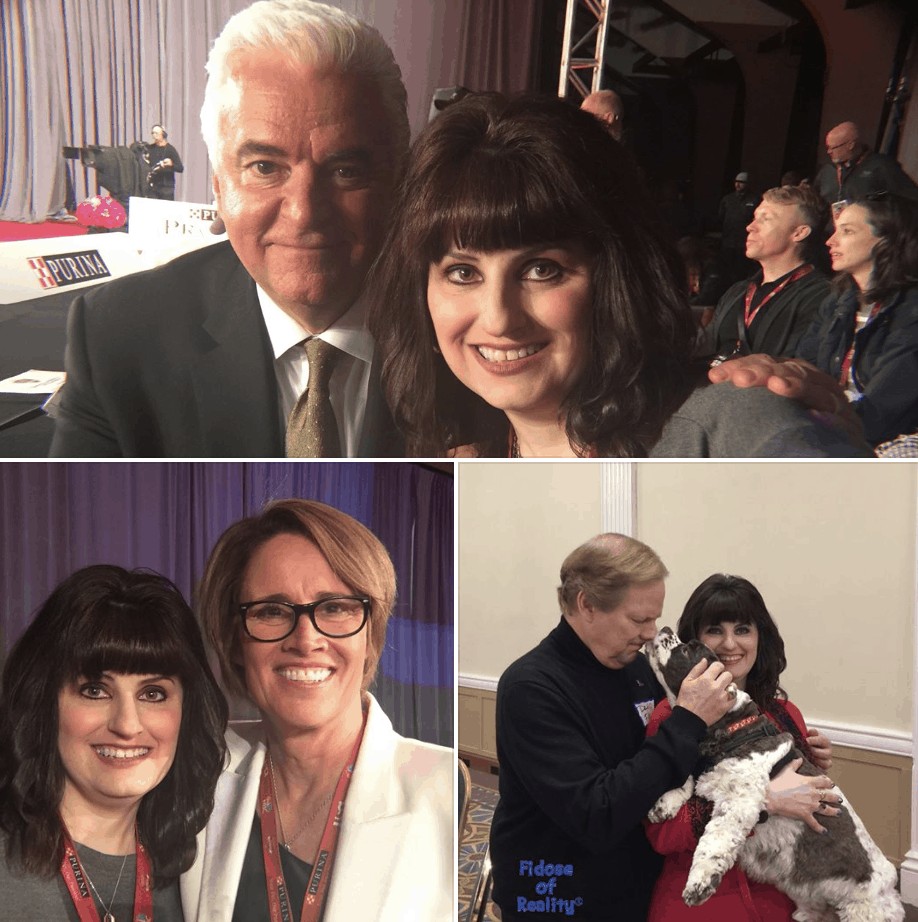 Why Is The Show Popular With Dog Lovers?

John says there is something in it for everybody. “There isn’t much programming that hits all of the national audience from 4 to 94 (years of age). It is family entertainment on the best family day of the year.”

A reporter from CNN asked why the show brings people so much joy when the country is so divided.

“Politics aside,” O’Hurley shared, “Dogs do something for us that nothing else can: they round off the sharp edges…anytime you are with a dog, you are a better version of yourself.”

From the wisdom of Mary Carillo, she reminded us of a story she once read.

“When you die, every dog you’ve ever loved, runs to greet you.”

Frei chimed in with, “Dogs do have souls and they will all be waiting for us.”

Which Dog Is Favored To Win the Dog Show?

The man with all the insights, David Frei, says it’s really hard to say. With the two top terriers in the country coming to the show, he has his eye on them. “The terriers are great little show dogs that have always been successful,” he says. “That’s a great battle.”

Mary admits she is a sucker for the terriers and looks forward to seeing King, the dog who won at the Beverly Hills Dog Show. (we attended and covered that dog show). Handler, Gabriel Rangel, is a familiar face to the dog show ring.  In 2010, Rangel was the handler for Sadie, a Scottish terrier that won Best of Show at the Westminster Kennel Club Annual Dog Show.

John loves it when the viewers share videos of their dogs watching the show on television. They are sent videos and photo of dogs sniffing the screen or looking behind the screen for the dogs.

Two new American Kennel Club-sanctioned breeds will be included in this year’s competition – the Nederlandse Kooikerhondje (sporting group) and the Grand Basset Griffon Vendéen (hound group) – bringing the total recognized breeds to 192. Since 2003, 45 new breeds have been introduced to the event. (see photo of David with John above)

We met both in person! Do you remember who won last year in 2017? Keep reading… 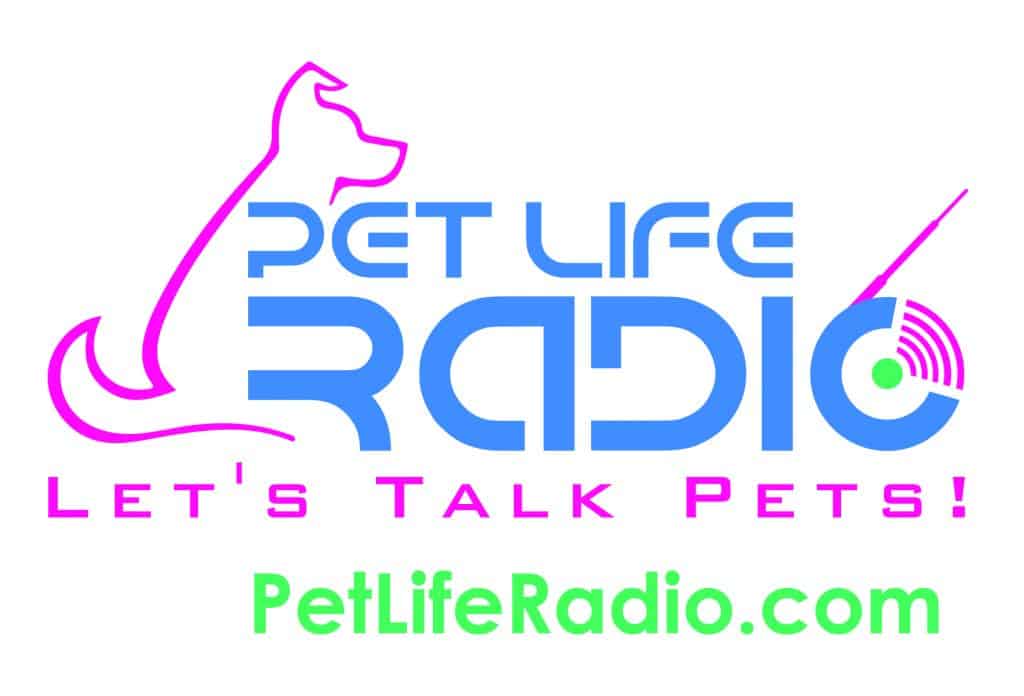 On Thanksgiving Day, since the dogs take over the television airwaves from noon eastern time until 2 p.m., there is a wag-tastic contest all about showing off your dog in his or her best “Dogs Until 2” meme! Pet Life Radio is sponsoring this fun contest where you simply upload a photo of your dog(s), make it into a meme using the easy meme maker provided, and you could win! The prizes are $500 or a free trip to the 2019 National Dog Show! Hurry, ends November 21st. Enter the Dogs Until 2 Meme Contest here. 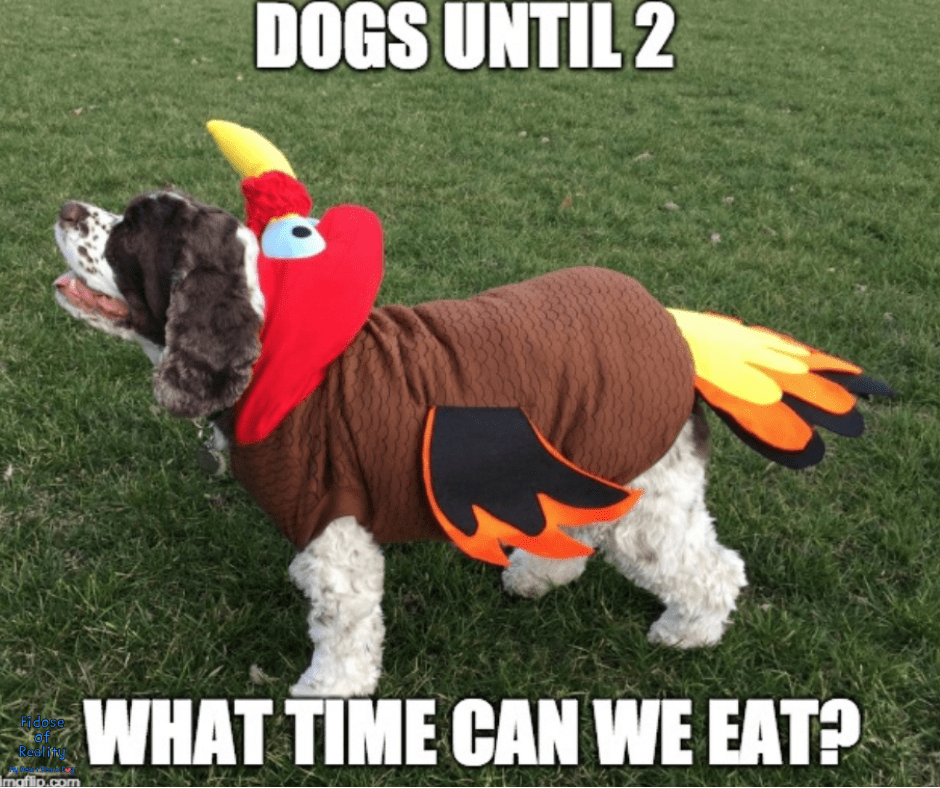 About Those Cocker Spaniels

Several friends had Cocker Spaniels in the ring, and we offer these exclusive behind-the-scenes look of some wigglebutts in the benching area where the general public could learn all about them, touch them, and ask questions. Thanks to Ellen Toomey for these amazing pictures: 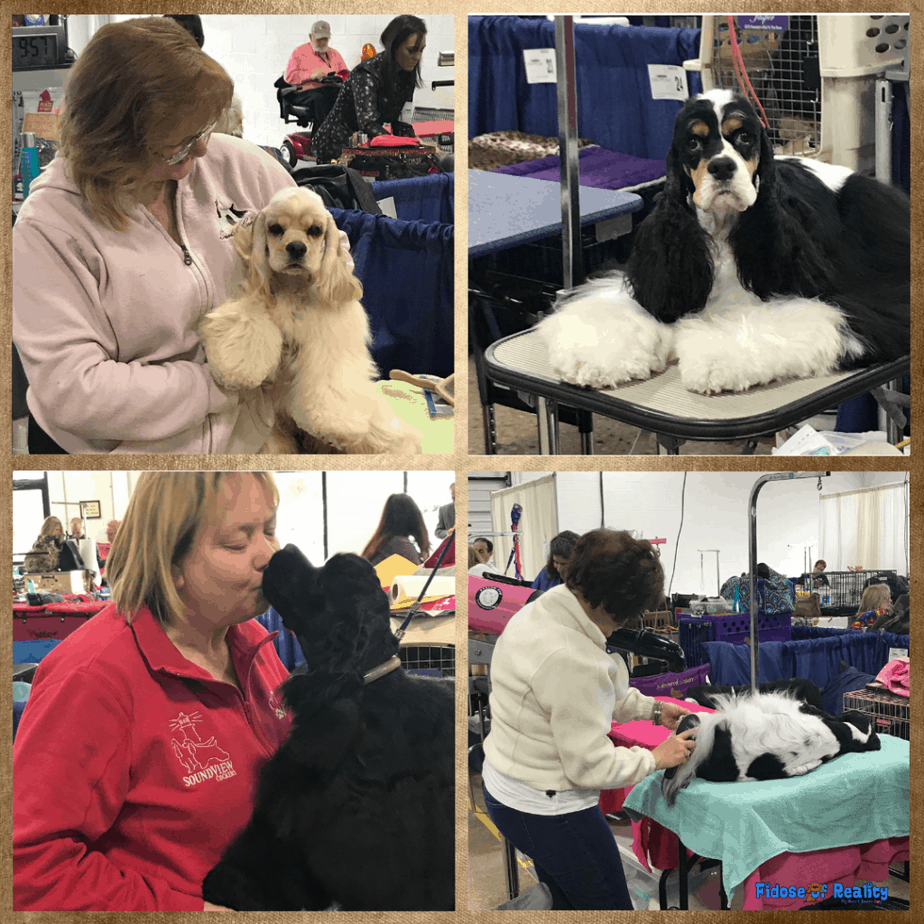 And this fabulous footage from Debi Lampert: 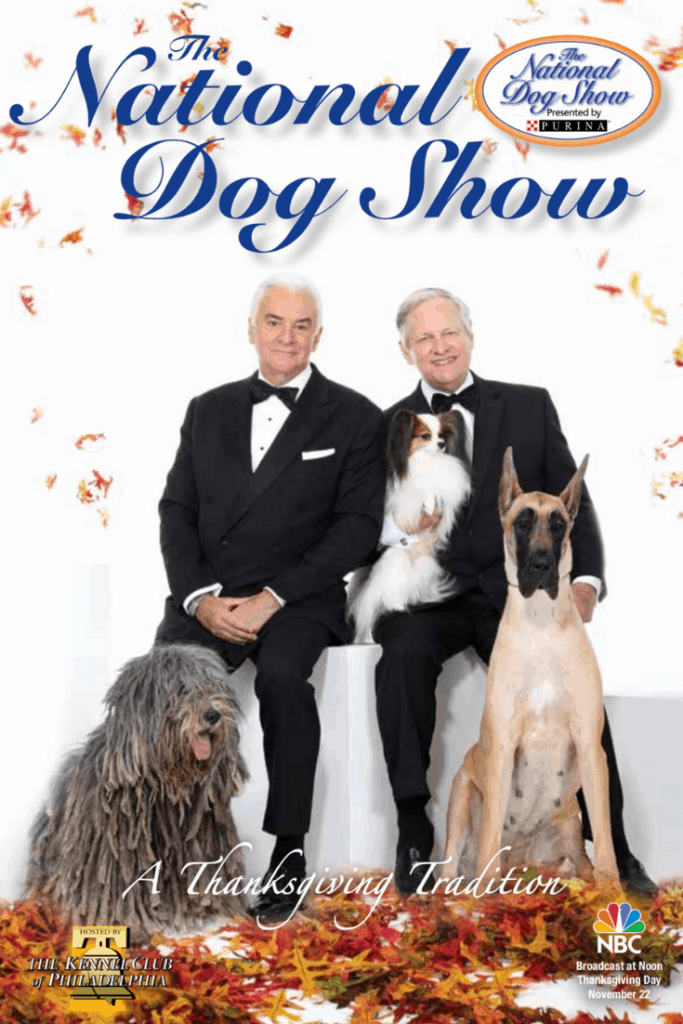 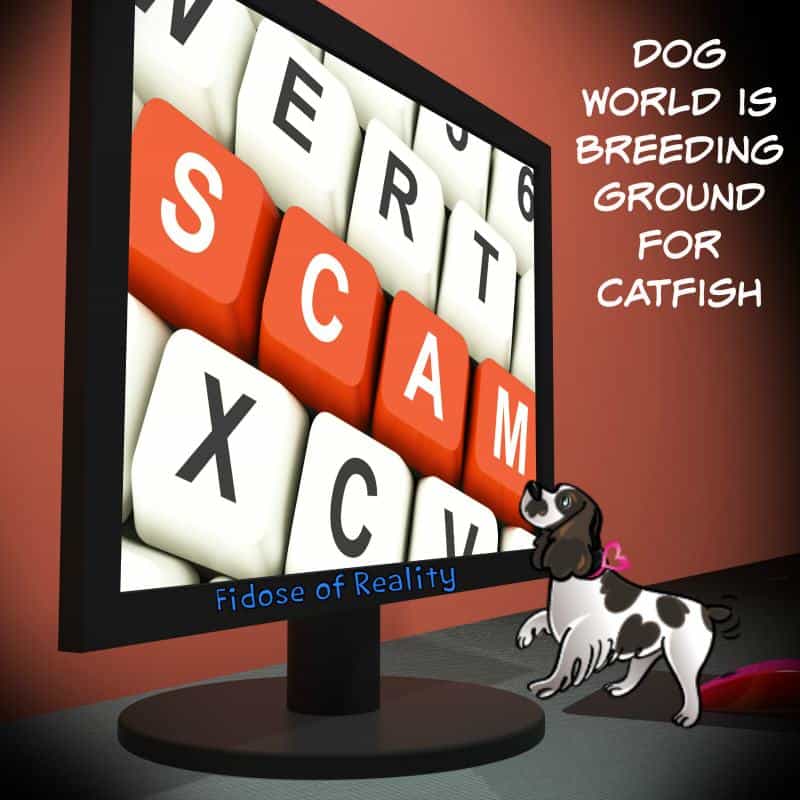 The dog world is a breeding ground for catfish. According to UrbanDictionary.com, catfishing is, “The phenomenon of internet predators that fabricate online identities and entire social circles to trick people into emotional/romantic relationships.”… 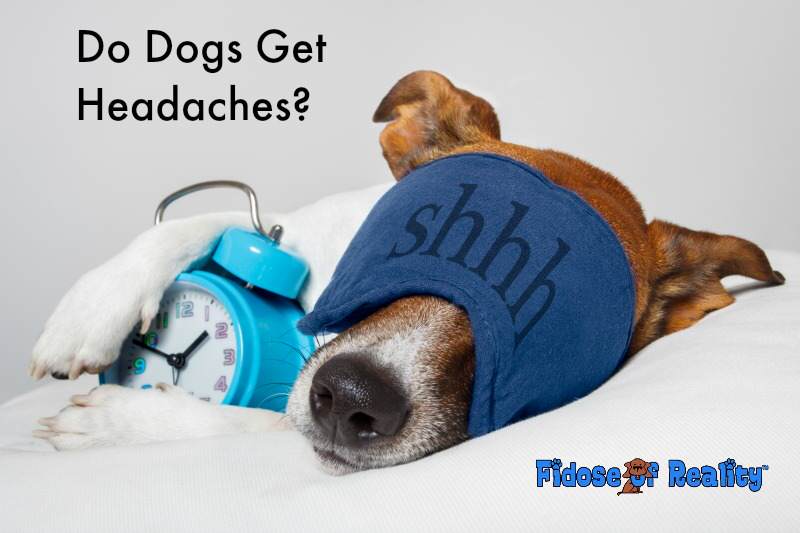 Can dogs get a headache, and if so, how would we, their human counterparts know they were in pain? According to the National Headache Foundation, there are an estimated 45 million human headache… 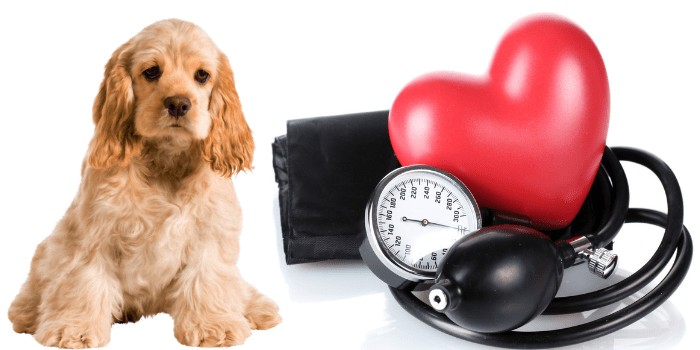 When your dog goes to the veterinarian, their vital signs and weight are generally checked, but what about dog blood pressure? Think about all of the times you’ve visited the vet with a…