Why is it that dogs are often at fault and take the blame for human ignorance and/or error? There are some commonly held dog myths that are simply old wives tales, urban legend, or perhaps a combination of both. Here are seven:

Fact: Well, not always. I recall a dog trainer friend asking me one time if I liked strangers to hug me without warning. Apparently, dogs don’t like it very much either. I’ve gone so far as to ask someone if I can pet their dog or if he or she is friendly. Though dogs can behave differently if startled or provoked, one should never pet a dog without asking his owner first and only if the dog is exhibiting proper body language that being petted is acceptable. A dog whose ears are back or whose tail is tucked between his legs is clearly telling you to back off. If a dog feels threatened, he will bite.  Come to think of it, I might, too, if you extend an uninvited hug.

Myth: Letting a Dog in a Car Alone “Just for a Few Minutes” Is Safe

Fact: The key words of “dog in a car alone” speak volumes. Dogs should never be left alone in a car. In the warmer months, a car acts as a greenhouse and can cause harm and even death to pets. During the colder months, dogs can freeze to death even in a short period of time. Cars act as a refrigerator in cold months. A dog alone in a car, no matter the season, is a target for thieves. Just don’t do it.

Myth: Dogs do not absorb antifreeze or harmful chemicals on walks through their paws.

Fact: A dog’s pads are more resilient than other parts of his body, but chemicals can be absorbed through them. In turn, chemicals like antifreeze can be licked by dogs and cause severe problems. Wipe dog pads off thoroughly after a walk, perhaps using some warm water and a washcloth to melt any ice balls that may have formed on the feet. 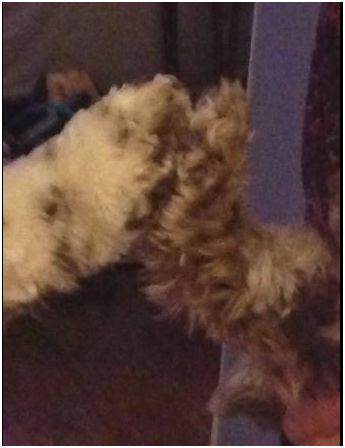 Myth: I Can Tie My Dog Up Outside the Store While I Shop

Fact: You basically give your dog away to whatever stranger wants him. My grandmother used to say, “If all your friends are planning to jump from a bridge, should you do it, too?” Well, just because a pole is available in front of a store does not mean a dog should be tethered to it. You expose your dog to strangers, those with ill intentions, and those who will take your dog, run far away, and never look back. Just don’t do it.

Myth: Dogs in shelters who cower and seem afraid will not make for good pets.

Fact: If your life has been turned upside down at the hands of people, it makes sense that any creature would shy away from strange humans. Imagine being tossed in a kennel if you never knew the insides of one before. If you came from an abusive situation or fear loud sounds, cowering is likely. Dogs in shelters that exhibit fearful behavior just might need some TLC, proper training, to build trust, and gain confidence that not all human beings are simply bad creatures.

Myth:  I Don’t Have to Brush My Dog’s Teeth if He Eats Kibble

Fact: If you eat hard food, you don’t have to brush your teeth either, right? Wrong! Teeth are teeth no matter if they are attached to a dog or a human. Dental hygiene is as important to a dog’s overall well being as much as plenty of exercise, mental stimulation, and a good diet. Brush daily and never with a human toothpaste—ask your pet’s veterinarian for the one best recommended for your dog. Now and then, a professional dental cleaning may be warranted. At the very least, brush a few times a week. Kibble is not a toothbrush.

Myth: Rubbing a Dog’s Nose in Feces Teaches Him Not to Do it in the House

Fact: Not only is this disgusting and unsanitary, but it teaches the dog nothing except that excreting means his pack does a terrible thing to them. Dogs might start excreting in less apparent places of the home, and housebreaking turns into a nightmare. Positive reinforcement is key. Be patient, be kind, and be consistent but not at the expense of gross and bizarre behavior.

Question: Did we miss any dog myths?

Fidose of Reality, LLC is a participant in the Amazon Services LLC Associates Program, an affiliate advertising program designed to provide a means for website owners to earn fees by linking to Amazon.com and affiliated sites. As an Amazon Associate, the owner of this site earns a commission from qualifying purchases. This site also participates in other affiliate programs and is compensated for referring traffic and business to these companies.
6shares